Out of college I took a job for a short time as an assistant teacher at a school providing therapeutic services to kids. These kids had autism, severe learning disabilities, and most common, trauma that resulted in emotional outbursts. These were kids that were unable to be served in mainstream schools, or so it's said. It would be the most challenging job of my life, which is to say it was awful. I left as soon as I was accepted to graduate school, and I still remember the look of disappointment on those little terrors. It haunts me.

Kids were expected to improve and be mainstreamed back to regular schools, age out, or for many, end up in a group home when their behavior devolved. Most had messed up home lives or in utero drug addiction. My job was to try to get these kids to learn anything, while not hurting anyone. Some kids were super bright, and I was able to teach a unit on The Hobbit and some elementary Japanese.

Some kids were not so gifted. We had one kid, Tom, who was completely unable to focus. Tom was rewarded with a piece of candy for every math problem he attempted. Eventually I developed a reward system using trading cards, and we got rid of the candy. For now though, Tom would sit at his desk, do a problem every ten minutes and eat his candy. He would laugh at the other kids, "Suckers!" Tom was gaming the system. He was clearly in it for the candy rather than the education. I never forgot Tom.

Sometimes I feel like Tom. I'm a store owner crushing it right now. The system is broken. Suppliers are in disarray. Most of my suppliers cannot properly send me an invoice, provide tracking numbers, or cash my checks in a reasonable fashion. These would seem like core competencies, no?

I regularly find myself dividing up pre orders in fear that a distributor can't deliver. Often they can't, because of logistics, lost orders, or they didn't pay their bill and got cut off. Focusing my job as a buyer and finance, has hyper focused me on these two areas. I get the impression that a metaphorical Harry was keeping their systems together, and everyone has lost their Harry. One does not simply replace their Harry. And nobody really understands what their Harry does until he's gone.

Meanwhile publishers are moving to Amazon in droves to avoid the bottlenecks. I am the little boy eating his candy and calling everyone sucker. I am master of a broken system, not just due for replacement, but actively being replaced while I'm blissfully unaware, crowing about my success while on a massive sugar high. This is where it becomes imperative to have good publisher relations, direct accounts, Kickstarter orders in the pipeline, and an ear to the ground. I am Tom, but I am also Harry.

I would mention how unstable the game trade seems right now, but has it ever been stable?  That's the one certainty in all this. Time can be defined as just one damn thing after another. Such is the game trade. 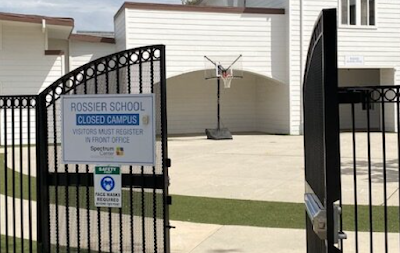