Commoditization of Board Games (Tradecraft)

A friend in the industry recently commented that board games had become commoditized. What exactly does that mean? I will use the Investopedia definition:


Commoditize refers to a process in which goods or services become relatively indistinguishable from competing offerings over time. Generally speaking, commoditized products within specific categories are so similar to one another that the only distinguishing feature is pricing.

So board games become like the app of the month where you buy it as cheaply as possibly, burn through it as quickly as possible, and toss it aside so you don't run out of space. In the SF Bay Area, 1,500 square foot million dollar homes are not unusual, so even my better off customers complain about their board game collection sizes (we have a thing for that). There are numerous threads online about how many unplayed board games is too many or what can I do about my exploding collection.

The problem with this disposable board game market is the traditional costs of developing a board game assumes the game will be around for years to come. You're swinging for an "evergreen" item, one which will sell in perpetuity, or at least a very long time. You might go through half a dozen games before you get your evergreen. Now do that for a couple more decades and you have a thriving company. Traditionally, you're trying to create a company with a stable of games that provide enough income for future development and luxury items like maybe food for eating and shoes for wearing.

I used the word traditional above, because there's another model that works far better in a commoditized market, and that's crowdsourcing. There are some board game publishers that are happy to develop a game for a set community of backers, who may produce a small percentage beyond this for retail, but who are completely happy to never reprint that game again and move on to the next one. I don't want to go so far as saying Kickstarter is the cause of commoditization, but it's certainly the best model if you want to go with the commoditization flow.

If you want to frantically design games until the day you die rather than build a company that sells a variety of "evergreen" games, by all mean, one and done it on Kickstarter. I'm sure there are game designers who see this position as impure and selling out, much as there are game store owners who think profit is theft from customers.

Coming in as a brick and mortar retailer, the commoditized model is not one in which I want to engage. It's a market that I'm likely to walk away from to focus on less volatile areas. I don't have to sell board games. A commoditized market is about price and volume, two things brick and mortar can't provide well. It's also a little demoralizing when I'm picking up the tail end of some Kickstarter board game that I know we'll never see again. My desire to know anything about it, to even read the back of the box, is close to non existent. Commoditized games are indistinct from one another from a business perspective. But what if that game isn't a Kickstarter? The market is still commoditized, so how do you break through the price is king feature of commoditization as a publisher?

The first thing you must do is try to de-commoditize your game with some sort of pricing scheme to attempt to maintain some semblance of value for your partners. This method provides risk reduction for retailers. I won't go into detail here as there are many schemes, but Asmodee is the best example, restricting how retailers price their products online. If you read board game forums, which I highly don't recommend, you'll hear talk of the Asmodee "monopoly" or other End Times discussions. This is from hobbyists who are fine with commoditization and dirt cheap prices. They're happy to watch the world burn. However, retailers, who build board game communities (that later tend to migrate online because of commoditization), are fleeing from this market segment.

The second thing you can do is find a way to take advantage of a market segment for maximum benefit. The best example of this is convincing brick and mortar stores that your game is unique and they need to partner with you in marketing efforts. Ignore the man behind the curtain whose selling through every conceivable sales channel, you, hobby game retailer, are the one we want to partner with (because the others don't have game space, yet). This includes organized play programs, early release programs, buy a case promos, demo copies, you name it. This assumes you've attempted price stabilization because nobody wants to demo your game if it's 40% off online.

The problem with working with retailers in a commoditized market is only those who have a strong board game operation have the desire to partner with a board game manufacturer. Commoditized products don't need hand holding. The average game store wouldn't know what to do with a demo copy.  However, a strong board game operation can take these resources and turbo charge their sales. It's been shown that a well done demo program can increase sales of a title by 400%. That's money for everyone.

What publishers need to understand is only a tiny percentage of brick and mortar game stores are capable of running such a program. It takes a focus on board games (only one store per market can be this) and enough staff to pull it off. One of my favorite stores is Rainy Day Games in Aloha, Oregon. If you walk into that excellent store, staff are actively selling or demoing. It's an active sales process that is in the minority in the hobby game trade. We all aspire to such a store, but most of us are years away, if we ever get to that stage at all. Just remember, you have to stop the bleeding with price stabilization before you start sending out demo games to distributors and retailers. Nobody demos peanut butter or toilet paper. No retailer wants to spend time with a commoditized product. 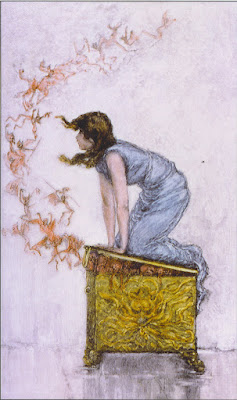