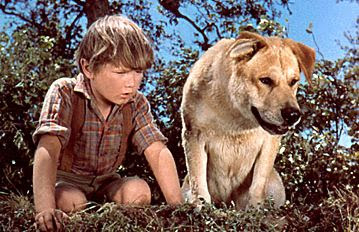 I believe, for a variety of reasons, that the only good sale is a clearance sale. A clearance sale should be like putting down a rabid dog. You want to end this situation quickly without delay. That dog is not getting any better. It's unsavory work. This means a clearance sale with a deep discount up front. If I could perform this unsavory task out in the woodshed, even better. For some stores that means the Internet. There's no shame in doing this. It's the circle of life.

As I've mentioned many times, purchasing is a zero sum game. If I buy $100 of Games Workshop product today, there needs to be $100 of stuff I sold I don't re-order. When that $100 of sold product doesn't happen, I'm in a purchasing deficit, something my Open to Buy spreadsheet will tell me. Sometimes it's like this example and it's only $100, in which case I don't worry about it. Sometimes it's $5,000 like I found with Modern Masters last month. Now I care. There's no way I'm going to have a clearance sale to make up $5,000, but I need to do something, right?

A more mature store would go $5,000 in debt on purpose, a hedge on what's clearly a long term profitable product. My maturity level is not that high, mostly due to risks taken with construction that has left me cash poor. So I have a clearance sale. I look around and see what needs to go. I say look, but it's mostly my retailing nose. There's a metaphorical odor to departments that need pruning. It might seem instinctual, but it comes from being the head buyer while watching sales reports, every day for years. "When's the last time we sold that?" turning up my nose.

We take the stuff, mark it down, usually 40% or so, and put it in our clearance section. Then we contact our painstakingly created network of people interested in these things. If you just put it on a shelf and let it linger without such a network, that dying dog will haunt you. Through the miracle of social media, we're able to ask our community for help and they'll show up to take this stuff off our hands, often within minutes. Now I'm wishing I started this post with a barn building metaphor.

Here is where some retailers will not be happy with me. "Are you not discounting, Gary?" "Did not the venerable Dave Wallace tell us not to discount?" "Aren't you training customers for the sale? "Why didn't you get Old Yeller his shots?""Old Yeller's death is on your hands, Gary!" Other than the questions about the dog, these are all things I've actually received.

Discounting is different from sales because it's a systematic, day to day, low margin activity on product you intend to keep around. It drags down your bottom line. This is unlike a clearance sale, which is a one time hit to your margins, in exchange for cash flow to build high performance inventory.

There are some things that will never sell for MSRP, like boxes of Magic. However, my CCG turns are 10 a year, and a box of Magic takes up as much space as the box of tissues on the counter. Selling some boxes of Magic (ours are $120) is better than selling no boxes of Magic (at $145). I do make the value judgment that selling some at $120 is better than pissing in the pool and selling them for $95, but that's a whole other post and an experiment Lincoln Erickson of Rooks Comics & Games (in Bozeman, Montana) might share with you if you corner him at a trade show.

You can certainly discount and survive, but why would you want to? There are stores that regularly discount board games 20%. I just did a sales per square foot analysis of my store for the book I'm writing and board games are space hogs. They take up twice as much space as RPGs or miniature games and ten times more space than CCGs. Why would you take a giant space hog of a department and then give away nearly half your gross profit?  Give up already and sell some used video games. Since GameStop wants to eat our lunch by going deeper into hobby games, used video games, the only thing they do well, is my new go-to. Eat that lunch.

The bottom line on discounting is it kills your bottom line and it wastes vasts amounts of your energy. It's a failure of creativity. It's hanging onto a category of product that you have no business selling. Let it go and find something more profitable to sell. If your community is a bunch of savages and everything is discounted, perhaps there are too many stores.

Below is a chart that shows the tremendous amount of work it takes when you go down the discounting road. We'll assume this quarter million dollar a year store is profitable now and wants to maintain that same level of profitability. A store with $250,000 a year in gross sales, with just a 10% discount, now has to sell $321,430 of product to make the same amount of gross profit. You have to work a third harder for the same money. Bump that to 20% across the board and you have to sell $450,000, working 80% harder for the same money.

Those doing this will argue that their sales go up when they began discounting, but when you press them for the numbers they usually don't see the increased sales needed to justify discounting. Also, costs don't stay the same. It's likely staffing and other costs will increase to handle this load. Giving away the store isn't cheap.

So sales are putting down a rabid dog, quick and with as little drama as possible Discounting? That's a recipe for overwork and lost opportunity. Find what works at full margin or find something else to do.