If you want a good example of the"plateau of productivity," what works in Kickstarter and retailer partnerships, you should check out Evil Hat's new Fate Core project. It's a perfect example of how publishers can cooperate with retailers. It has a generous margin, low count buy-in, and most importantly, promises store owners their customers who pre-order through the store will get the same digital content as Kickstarter supporters. That level playing field is of paramount importance. It took about three minutes of thought before I knew this would work for us.

It's not perfect, and I know many of my customers will support Evil Hat directly, because they want the publisher to get the maximum benefit, which I can understand. They may also want  to participate at a higher level by shaping the product through forums, which we can't provide through this type of partnership (at least not yet).

What about the money? As I've mentioned, Kickstarter projects are death for game store cash flow, as it ties up working capital. However, with the playing field leveled, I'm confident we can take in pre-orders during the design period, which counters this huge issue. I'm no longer spending six times the Kickstarter project amount to support it. It's the same as any other product, since I'm selling it without the wait.

This scenario won't work for every publisher, as Evil Hat is the Cadillac of small press (not really small press at all, if you ask Fred). Good Pajamas Publishing will not get the same attention as Evil Hat Publishing with an identical offer, because I don't know them and they don't have a track record of steady sales in my store. We've sold over 250 Evil Hat products over the years, which means this is a fairly low risk endeavor (although the dozen Kickstarter copies of Dinocalypse Now was not a good fit for us, but we're learning, right?).

Speaking of low risk, the debate we have in store is what exactly is the purpose of Kickstarter? I'm a capitalist at heart, so I'm pretty laissez faire, fine with whatever works if it's ethical. However, others have expressed strong opinions that Kickstarter is a key to, you know, kick starting your company. Should Evil Hat and others with established success records continue using Kickstarter once they've kick started? I can't see why they wouldn't want to, but I could see why others, stores and customers, may draw a line in the sand in continuing to support established publishers through this process. It does tend to undermine the current system.

Most small publishers that continue beyond their kick starting period are generally non-starters for me now because of this. Some, like Greater Than Games (Sentinels of the Multiverse), have announced they will stop using the Kickstarter process now that they are established. I think riding off into the sunset after getting a solid kick start may be an expected element of the future of crowd sourcing. There should be a question of how successful could a company possibly be if they're still using the medium. 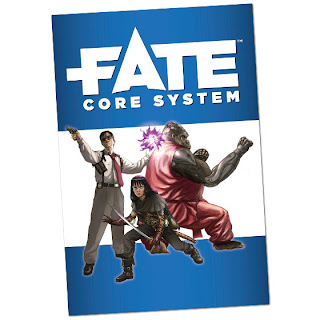