We're entering into the final stages of construction at the store. It's a frustrating time with a focus on bringing customers into the store while it remains crowded, dusty and at a much smaller event capacity. A friend commented that he saw one of my mailing list coupons and how I had resorted to pulling rabbits from hats.

During these times of frustration, my mind tends to grasp at straws, or more accurately, I grasp at new projects to distract myself from ones I can't influence. This week I became obsessed with Jeeps, going so far as to test drive a couple new Wranglers. Granted, I have a Jeep, the one I bought just a year ago, so the logic of this requires an in depth discussion of philosophical vehicular matters, that I won't bore you with.  The shorthand for that discussion: "old man truck." Obsession with projects is generally how I skip through life. Finding the right one? That's the trick. Construction is one I don't recommend.

What I've learned over the past four months of construction is a kind of reverse engineering of a game store with event space. We went from no space, to space, to just about no space. The levers of control are different right now, and knowing how those levers work is to understand the current scenario. It also provides a glimpse into how the rest of the game trade functions on a daily basis.

Events that aren't card based generally don't fire properly or don't generate revenue. Card events are king, and without general events bringing in customers regularly, CCG events create some brutally spiky sales patterns. I can now better understand how some game stores surf CCG releases, surviving wave to wave. I'm constantly checking the calendar to see when I'll get my next hit of game store heroin, otherwise known as a CCG event.

The inventory lever is the big driver, as I learned early on in the first store. As we pack our 2,000 square feet retail space into 1,200 square feet, I'm noticing it doesn't matter much. The vast majority of games are "spine out," and in my mind that's retail death. Turns out it doesn't matter. Turns out I could one day carry 40% more inventory without any trouble. That's the theory at least.

Sales and promotions are just as powerful with or without event space, but you can't pull that lever too often without exhausting your customer base. Last month was our best sales month to date, excluding Decembers, thanks to a focus on ding & dent and clearance items. You can't do that all the time though. This week I looked around to see what else I could liquidate. Paint got the discount treatment. However, there are only so many rabbits in the hat. 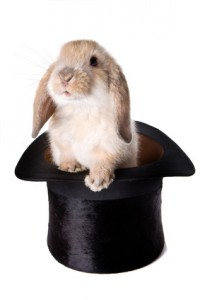