Not In Need of Saving (Tradecraft)

It's the boom times when we ask the hard questions. If times were tough, complaints and introspection would just be complaining, so you keep quiet and put your nose to the grindstone. Revolution comes from the middle class, according to Marx, because they are the ones with the free time to explore such things. So we've got a lot of talk right now, because the game trade is booming. 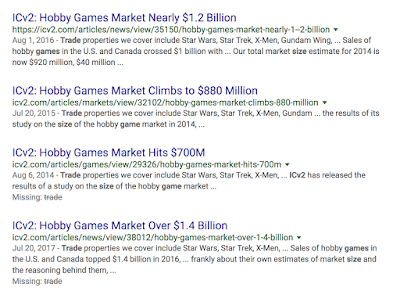 The game trade has doubled in size in just a few years, if you believe ICV2 results (which you should seriously question). According to ICV2, the hobby game  trade has grown from $700M in 2014 to $1.4 billion in 2017. That's an astonishing growth rate.

Many brick and mortar hobby game stores are enjoying this success, as they should since they helped tremendously in creating it. It's not all a bed of roses. What I thought would happen is starting to happen, where large stores are better positioned to handle the consolidation in the industry, while there remains a steady stream of doomed, under capitalized clubhouses willing to risk their savings on poorly planned retail stores. There is an insanely low bar to entry in the game trade, so anyone can do it with almost no money. There are a lot more low end clubhouses than top tier stores, although you can find top tier stores in most regions of the country.

If your local retail environment is a sad shell of its former self, if it's been devalued by bottom feeders or your unemployment rate is stratospheric and you're not enjoying what's a solid economy for many, you probably see a lot more doomed clubhouse stores than you see top end stores. If you were to make a value judgment on game stores, it might not be very positive. You probably see distressed stores catering to a distressed market. However, as with the parable of the blind man and the elephant, your perception is incomplete.

The blind man walks up to the elephant and feels around, and the first thing he touches forms his perception of the creature. He walks up and touches a tiny tail and slips in piles of elephant shit. He thinks elephants are frightening tentacled, smelly creatures. The blind man is not wrong, it's just his information is incomplete. For many local markets, you wouldn't be wrong thinking game stores are the ass end of an elephant.

Who can blame you for thinking nothing good can come from the excrement you're experiencing? There certainly isn't much community being created, product champions evolving or new games being marketed in such a dismal, excremental place, right? You're not wrong.

However, if you open your eye, you'll discover great hobby game stores out there to be explored. I've taken amazing road trips across this country and if I do the research ahead of time, there are always great stores in every state I've visited. All game stores are great, due to my planning, and I might make the same mistake in reverse, thinking there are no ass end of an elephant game stores. I regularly visit clean, well lit stores with strong events, game demos, and a community of customers who spread the word and help build the hobby.

I know there are online folks who will believe their digital community has spontaneously arisen through gamer immaculate conception and that they drive the game trade forward, but everyone in the industry, those who pay their mortgages with game trade money, know it's simply not the case. They play a role, but meat space is where the critical work gets done.

Publishers put their money where their mouths reside, supporting brick and mortar game stores as an important marketing function of their business, referring to Internet only sellers as "free riders," as in they're not doing the necessary work to propel the market forward. Price protection schemes to protect publisher brand value comes out of these discussions, providing safe channels for the brick and mortar while punishing free riders. Price protection is not popular with free riders or their very noisy, insanely entitled customers, so we're seeing push back. I get that, but open your eyes folks. It's not an either or situation. You also might want to grab a shovel while you're at it. 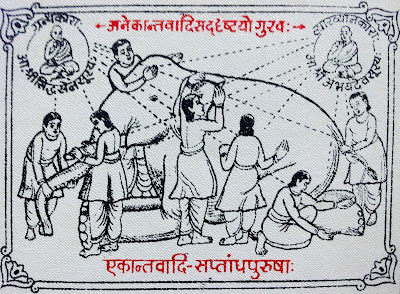