Carl: Hello everyone, please welcome Gary to the group. He could use our support.

Gary: Like all of you, I buy too many board games. They’re sitting in shrink wrap on shelves.

Gary: But I’m mostly trying to sell them to you folks, as a retailer.

Gary: But often at a discount, because they sell like crap.

Gary: You see, as someone whose mostly a role player, I tend to buy board games that interest me. Really complex stuff that makes my brain tingle. But I don’t play them. As my friend Jay says, a good day board gaming is still not as good as a bad day role playing. You know, like the sex and pizza metaphor.

Vijay: They can’t all sell badly, what about Terraforming Mars with its eight point four on bee gee gee?

Gary: Yes, Vijay, even Terraforming Mars with its eight point four. Where did you buy your copy Vijay?

Gary: Yes, Amazon. You don’t need me and I shouldn’t be catering to you.

Carl: I bought my Terraforming Mars at your store!

Gary: Oh, when was that Carl?

Carl: At your Black Friday Sale.

Carl: What was that?

Gary: Anyway, this is my first day vowing to order games only for our casual customers, the ones who actually buy from us. People who allow us to sell them games through our demos and our enthusiasm.

Gary: No Carl, no more complex board games. Which even at their best, aren’t as good as a bad night of D&D. Or you know, sex and pizza.

If I had to give a presentation to a class about my job, my profession, my possibly foolish choice of becoming a small business owner, my main concern is this: I really don't want to sound like an asshole. I say this because I didn't use to be a small business owner, so I know how I sound when I talk about state mandated wage inflation, reckless politicians in Sacramento, and our incoming tariffs from our learning disabled president. I've got enough opinions about politics and policy to really sound like an asshole, to everyone! It crosses political boundaries. I'm that good.

Maybe I am an asshole. It's always a consideration. Maybe I should consider the advice of Raylan Givens: If you meet an asshole in the morning, you've met an asshole. But if you meet assholes all day, you're the asshole.

Or maybe Master Zhuangzi. To paraphrase:

The distant memory of the man I once was, before I became an asshole, sometimes haunts me. Spending Other Peoples Money (amusingly referred to as OPM), flitting from job to job, voting based on lofty principles with no consideration of financial responsibility. Oh to be a man again.

To really be an asshole is to be seen as being somewhat greedy of spirit. This is a problem for small business owners. I regularly spend half a million dollars a year on games, and another half a million on labor, utilities, rent and other garbage. I am a rich man by individual standards, while a poor man by business standards. Surely I can be squeezed for a few more dollars, why so much complaining? When I think of putting The Man up against The Wall, I envision a legion of like minded people behind me. What I don't realize, is I am The Man. I will be put against The Wall. Chuang Chou never dreamt of that!

So class, to understand my plight, to understand whether I'm a man or an asshole, I think perhaps you need to grasp the duality of the situation, that both states are potentially true. That my survival depends on stability, that society is increasingly in a state of flux, and that my ability to flit around like a butterfly, hither and thither, is increasingly dependent on the whims of an indifferent populace and their feckless leaders. Also, STEM fields. Business is a good safety.
Posted by Gary Ray at Friday, June 14, 2019 No comments: 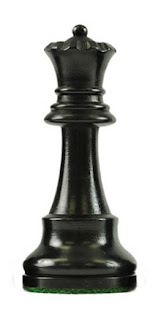 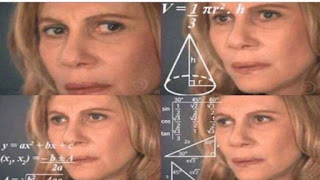