During one of my holiday rants, discussing why game publishers can't seem to get it together, the question was asked why the game trade was so muddled. Simply put, there is no money in it. The wise do something else or wise up and move on. For example, most of my mentors from 8 years ago are no longer running game stores. They'll sometimes gently inquire whether I've had enough yet, pointing out that you can leave before your soul or your bank account is entirely worn down to nothing. I'm actually still enjoying it, so I'll stick around.

Because there is no money in it, those who are in the game trade are running on passion. Passion is a great ingredient, like sugar in a cake, but it's not enough. It also requires business competence, the kind of competence that likely precludes you from entering the game trade, so it's usually home grown and discovered in the thick of things. It's also why those who do succeed still make strange decisions. They're mostly self taught.

The history of the game trade is littered with the business corpses of those who couldn't get the balance right. Great ideas along with a sense for business is a rare combination. There are those who have succeeded, and you can walk down the aisles of your friendly local game store to learn who they are. Steve Jackson is a prime example. Or go find yourself a copy of Designers & Dragons, which should be back in print in early 2013. Most of these companies are gone, despite creating amazing product. Because they lacked business sense, it turns out most were never viable at any time in their life cycles. As a business owner, I know that feeling, that you're doing great now, but something is just flawed in your model. Or worse, you live in a purgatory of "getting by."

So you have passion running the show with no economic motivation and questionable business sense. The good news is that if you do have strong business sense and (not or) a sense of creativity or at least your finger on the pulse of your customers, you can do well. In fact, people who were good elsewhere are great in the game trade. Big fish. Small pond. Getting them to stay in the pond is next to impossible, once they start looking at their personal needs: mortgage, college, retirement.

The other really obvious thing about the game trade is because there's no money in it, most people  have a day job or other means of support. Now imagine you're going about your life, paying your mortgage, going to work every day (not at your game company) and you're making your game company decisions in your spare time. Are these the best decisions? Are they consistent with your long term success and based on norms in your industry? Are you spending your best hours of the day contemplating them? In other words, will your family suffer if you make the wrong decision?

Most people in the trade are not really in the trade. They're creative and all, and perhaps would like this to be their full time gig, but it's not and it shows and because of that, the trade remains a backwater. Looking at my own sales chart, I would say the part-timers and bathrobe businessmen account for about half of our sales, and probably about 75-80% of individuals. We need them and respect their work, but don't ask me for a street date on their products.

So how does Kickstarter fit in? Well, it breaks the tension, the tension between art and business. It says, screw business. Business has been getting in your way! The self appointed gate keepers at the game distributorships will hold you back no longer. The card shops who claim to represent you to the public will by bypassed (follow that card money and you'll see the modern game trade was built on CCG money). Middle men will go down in flames. A revolution is upon us.

Of course, there's a reason why there are gate keepers, to keep out products that aren't financially viable, to provide a service that prevents junk from gumming up the system. Occasionally, the gatekeepers stop watching or perhaps the money is too good, like with the D20 glut, and we see a ridiculous amount of product of questionable value in ever increasingly shorter periods. At one point there were well over a hundred D20 products released each week. I got into the D20 glut late and was buying up D20 product by the pound.

A small number of those D20 companies struck a balance between business and art, while most got the creative bug out of their systems and are gone. Some leveraged their efforts to springboard into a "real" company, as we say with a handful of D20 publishers that still exist in different forms. Unlike Kickstarter, they had to at least create a formal business and establish funding and methods that could work for them later. However, most of those D20 companies are road kill, ridiculed, their product now shunned by fans. We take no D20 at our store. If you bring me some to buy, I'll kindly offer to recycle it for you, with a few exceptions.

My talk of gumming things up and "real" and not real is likely offensive to you if you are on the Kickstarter bandwagon, but there is no free lunch. There is no secret pill that will allow for thousands of years of commerce to come to a halt because of a website. The game trade exists because of that balance of passion and business. Kickstarter allows those with passion and a sense for business to get a leg up, to get a shot at the show. Kickstarter is not the show. Those who can strike the balance can succeed, but there is no substitute for balance.

The question is really what will be left when the dust settles. Will some of these companies make it into the trade? Will there be collateral damage, a besmirching of an industry that is already black with smirch? Will an army of bathrobe businessmen turn people off to small press much like the "flight to quality" that occurred with D20 and roleplaying games. The D20 logo is the kiss of death for most D&D players. Recognizing that started with retailers. Will the Kickstarter logo on a product work the same way?

I don't want to end down on this. There should be a sense of celebration in crowd sourcing and the wonder of new developments. There is wonder in art and creativity. I just want to stress that the business side of things will have to come. Even if it's in your bathrobe. There is no substitute. Strike a balance. 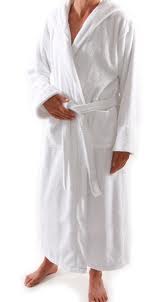