There's a steep decline in video game sales, the big example being World of Warcraft sloughing off millions of users a year. Then there's the 22% drop in video game sales reported in 2012, an amount equal to about two billion dollars. That's a billion with a "b," a designation hobby games rarely see. The entire hobby game industry is estimated to be about a billion dollars a year in sales. So video games saw a decline equalling twice our entire industry. Money that just evaporated, although to some extent, the game trade has been a prime beneficiary.

As for the millions of WoW customers sloughed off annually, the only relevant data for hobby gamers comes from a twelve year old Wizards of the Coast study, that put D&D players at around a million. So imagine twice that many people, just in the last year, looking for something new to do, something that already ties into their current gaming interests, something with better value for sure. It may even be something they've done before, considering when WoW was launched in 2004, it reportedly devastated much of the RPG community.

So why the wild swings? Why the massive drop off? That's the second half to my previous question of why we're on such a stratospheric trajectory. The fear, if we admit to being afraid, is that hobby gaming will experience similar wild swings, a sloughing off of customers as they engage the Next Big Thing. 20% increases in sales was a fairly common number for successful retailers as we talked at the Game Trade Show this year. ICV2 informal surveys confirm these big increases. Assuming our time will come, that our growth is not organic, what's a game store to do? I'm not putting on the brakes, but my foot is riding the pedal. 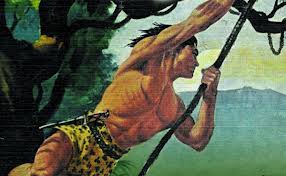