You know what the problem is. As a business owner, you know.

Yet we're inundated with customer feedback forms, requests to speak about our "incident." Tell us where the bad company touched you on this doll. Initially this strategy felt like people were listening. Companies were being pro-active in tackling customer complaints. They really cared.

Nowadays, absolutely everybody does it and most requests for customer feedback are ignored.  It feels like they just want us to touch their creepy doll. They're going through the motions. They know what the problem is and: a) don't want to fix it, b) lack the power internally to fix it, or c) they're measuring whether their bad behavior is annoying enough people to have a financial impact, like General Motors with dead customers. But not knowing? They know what the problem is. They know. 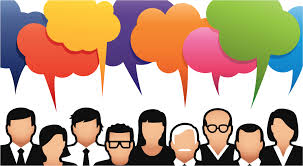 If you don't know, find out. Before you go out and annoy your customers with one more survey, do some house cleaning. Make a list of all the problems you know about in-house. Lines too long. Clutter and cleanliness, your windows clogged with old Pokemon posters, That Rude Guy (TRD), the things that have kind of bothered you but not enough to impede operations or keep you up at night. Work on all those things first. Then ask the question and ask it publicly.

Open it up to mass criticism and accept your suckitude. At this point, in stage two, you've already decided you're about fixing what's broke, you've already done a lot of work to improve your business, as opposed to willful neglect, the usual small business approach to problems. After you've completed all your known improvement projects, you should welcome customer feedback and more projects for improving your business. Also, customers will notice your efforts and will be more likely to add problems into the hopper, because they know you'll do the work. But don't ask just to ask.

Add all these things to your list and never stop improving. Eventually these "dumb" things that weren't big enough to annoy you will go away and you'll be working on process improvements that delight customers and make you money. But you'll never get there until you take down those old Pokemon posters first.
Posted by Gary Ray at Sunday, June 14, 2015