Riffing off a good ICV2 article by Marcus King, I wanted to write about delegation. Delegation is a shift of tasks or authority to another person while maintaining responsibility for their work. You might think there's not much to delegate in a game store, but as you grow and add new tasks, there's no way to avoid this unless you want to be tied to the counter.

The skill set of an individual is the key component. We may not be paid like rock stars, but we often have rock star skill sets. I have the skill set of a $50/hour employee (I don't actually make $50 an hour). Should I be cleaning bathrooms? If I am, it's a privilege of being the boss. I can do whatever I want. What I should be doing if I want to make money is higher level tasks that I'm uniquely qualified for and others are not. These are often more nebulous projects, like marketing, promotions and overall inventory schemes. I would delegate these tasks, if I could, but I can't.

What I've noticed in my new role as $50/hour guy, is my work has become more like what I remember from the corporate world. I do a lot of maintaining systems and new research with only the occasional punctuation of success. I might work for a week with the only thing to show for it being a $1000 savings on an insurance audit. Only one thing. That one thing is worth nearly a months net profit, so it's actually a solid win. However, it feels small, since it's one thing, especially after ten years of infinite, tiny daily victories. That's the job of the $50/hour guy.

My manager is my $20/hour gal. We extend this logic down to her and ask what should she be doing with her $20/hour skill set to make or save the company money? These are often mid level promotions, event planning, signage, inventory management and stuff the average line employee can't do. I don't want my $20/hour skill set person to clean bathrooms or sort Magic cards, I have $10/hour people to do that. Again, she doesn't make $20/hour, but she has a $20/hour skill set.

The line employees, the $10/hour skill set people, can certainly work up. If you want to work on my website after you clean the bathrooms or troubleshoot my wireless network, you'll soon be considered in that $20/hour skill set. I make it a point to know all the tasks I delegate, so I might ask you to clean up the mess in aisle three, but you can be sure I've cleaned up my share of aisle three messes.

Delegation without abdication is hard work. It's a management skill. It requires both supervision and enough space to allow people to work on their own, and possibly fail. Many people are not willing to engage this process. They won't delegate, they'll micromanage, or they'll completely abdicate. I've had every one of those bosses and they're all frustrating in their own way. When everything is working, however, it's a beautiful thing, a well oiled machine. 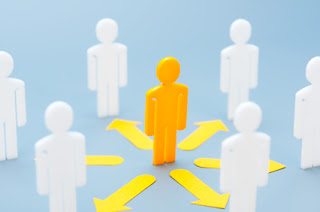