A loss leader is an item sold below the market rate in hopes of spurring sales of other items at a higher market cost. A loss leader can also be a marketing experiment, selling well below market rates in hopes of bringing in new customers. In much of the country, mostly the flatlands where rent is cheap and customers are cheaper, Magic: The Gathering has become just such a loss leader for game stores.

However, once a customer comes to the store for these low prices, be it discounted product or events sold at a loss, game stores have no high margin item for the up-sell. Singles aren't high margin and most card suppliers aren't marked up enough to cover this. Once you get them in the door, you have no way to extract cash to re balance the transaction into something that looks like adult retail.

Worse is when the loss leader is a scarce product. If you're only going to get X amount of Eternal Masters, do you really need to discount it? If a pre release can only happen two days out of eternity, do you need to low ball the price of the event? Perhaps you're afraid of your customers. Do they scare you?

What loss leader retailers also fail to understand is loss leaders are meant to be a small part of your operation and should, after a time, stop. If you sell tires at a loss and make it up with expensive wheels, when tires are only 10% of your business, that's a pretty safe bet. Toy stores used to use diapers as a loss leader to get families to bring kids to the store, so they would buy toys at full margin. Diapers were not a significant part of their toy business. Diapers were a safe loss leader.

Magic stores aren't selling diapers, they're selling the number one brand in their trade ... at a significant discount, and often at a loss. What's scary is this broken model is so ingrained in their business understanding, they have no idea what will happen if they stop. What if you did stop?

Like stopping heroin cold turkey, you could die. Better would be to recognize your best product is being devalued by you and your competitors and instead of stopping cold, pivot. Diversify away. Re balance your inventory into healthier areas and wean yourself off the discount drug. It's going to be hard. You're not going to get the same potency from X-Wing as you did from discount Magic. You're going to fall down a lot and want to take a sweet hit of that old Five Dolla Eff En Em.

Eventually you'll get that monkey off your back. Or maybe not. Loss leader addiction is a slippery slope. But your model is weak. Your retailer fu is one move. It's time to kick the habit. It's time to be an adult. 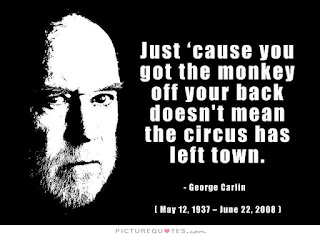