State of the Store

It has been six months since our big construction project completed. Our store square footage is now at 4,300, an increase of a third, all directed towards event space (with a 10% loss of retail space). We've added many new events and expanded existing ones as we moved from a very crowded 65 seats to a much more casual, fire and building code rated 121 seats. Even when full, there's plenty of room to get up and move around.

Measured by seats, this is not a huge game center, although it's a far more comfortable place than many stores. We were complimented yesterday on actually being able to see when playing games. The design process included architects, designing the game center to code as a public assembly area, exactly as we planned to use it. Design also included a lighting engineer. The lighting engineer went over the entire plan, including vetting brands of fixtures.

The result is our game center is a comfortable place to be, for sure. We experienced it at capacity for the first time Saturday, so I know we'll have a discussion this week about what that means for events and staffing. As we know from researching whether to build this space or not, at around 75% capacity, customers perceive a space as "full."

We have increased staff to keep up with the added event traffic. We now have nine people on payroll, mostly part time, some still being trained. To be honest, some I haven't met yet. I'm sure they're great. Before this year, we had six employees, so I guess increasing by a third tracks with the square footage (not that this is how staffing works). Our theft level has also gone up, with a regular parade of thieves and rip off artists, some of whom we're still waiting to return so we can inform them of their status. I've moved product out from behind the counter in hopes extra staffing and traffic would result in higher sales. It has, along with higher theft. Our staff needs loss control training in a big way.

Money wise? Sales are up 15% for the year, an astounding number for a teenaged store. Sales are up across the board. The goal of the expansion was more people coming, more people spending money, personal hopes for a more stable income, and that seems to have come about. I can't put my finger on anything special as the driver. Magic hasn't pulled its weight for a while. Board games haven't quite recovered from the Wheaton Effect upswing. One day I dream of bringing back Warmachine, because I know people are still playing and it's sales model is structurally different, but the money isn't there for us (I figure about $10-15K).

With most games doing just fine, but not great, the only thing I can point to is the fundamental change in our business model, Third Place Theory delivering on its promise. Events lead to stronger sales overall. We still have some running debt from construction that we'll need to address this month, since brushing it under the carpet with credit cards is getting tiresome. It's possible to defer bills for quite some time with a card, and although I enjoy the frequent flyer miles, suppliers charge a small fee for this service, and it's time consuming. I've been in denial and it's time to admit we still have some debt from the process. Overall though, we're profitable and we're hoping for our first seven figure year. We've flirted with seven figures for a number of years now, pulling back to drop Yugioh (a six figure hit), a year transitioning from chasing gross to shoring up profitability, and of course, missing our mark last year due to six months of construction.

2017 is a wait and see year, as we hope to stabilize from a major shock to the system. We just bought new store fixtures, a row of gondolas. It was a large, but necessary expense, since we've got a row of fixtures that promises to murder a small child at any moment by collapsing. We've made small investments in getting our Magic singles online, a new thing we do that has resulted in a little extra income but a huge opportunity to increase our in-store offerings through more aggressive buys. We'll likely need to upgrade our iPad kiosk as the new TCGPlayer software overpowers the hardware.

I finished the first round of revisions for the book last week. The book is turning out as I imagined it, thanks to my excellent editor, Jeff Tidball. Jeff added excellent editorial insight, including making me better explain things. I can't just mark a concept as "Tradecraft" and assume everyone is in the know. About 25% of the book resembles blog content you see here, but even that has been improved upon beyond recognition. Another 25% is personal, behind the scenes stories, some of which are only known to my business partners and close friends.

The process so far has taken about two months, with the revisions far harder than the initial writing, since I had to answer some tough questions and develop a lot of new content. I think I've maintained the focus on my core competencies which means I've avoided areas that you might want to know about where I would be speaking from ignorance. This is not the ultimate guide to game stores with a comprehensive, how to on how to run a store. There are a couple e-books on running stores out there, and they're certainly complementary and aren't in any danger of being replaced.

That's it for now! Let me know if you have any questions. 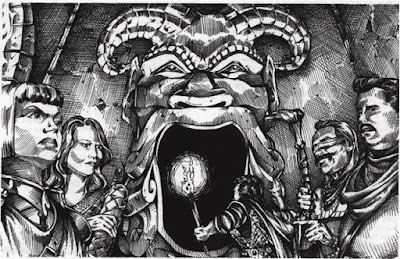