One of the unusual expenses this holiday season has been security. We've had a number of car break ins, an armed robbery at our local Goodwill store and a violent vagrant who told one staff member he needed their blood to summon a demon. This week I did something I said I would never do, I installed video cameras on the parking lot. The parking lot was not my responsibility, until it was. Nobody else was going to do anything. 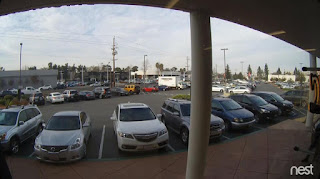 Our new camera arrived around 2pm yesterday, while at around 11am, an employee's car was broken into. The police don't even come out for such events, they're so common. I felt the situation around the store was so perilous this month, that it wasn't fair for the employee to be caught up in the nonsense. We ended up paying for their broken window. Since then, police patrols have noticeably increased, otherwise I would be too embarrassed to even mention this.

As an aside, I'm willing to do a lot to keep the business afloat. There are contingency plans on top of contingency plans. But when I feel I need to be armed at work to feel safe? I'm out. And I can't imagine asking other people to take that risk if I won't.  So safety is an Achilles Heel of sorts for my retail store. 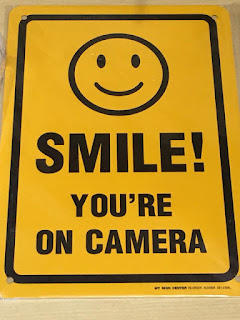 There is desperation out there, enough so that breaking into a car full of junk with the off chance of finding some loose change is well worth the risk of a night in a warm jail. Other store owners report such desperation throughout the country. One of my friends stood at the door with a taser today while the police arrived to break up a brawl in his parking lot. People are on edge and I'm told once I get out of my California wonderland, the US can be characterized by a land of meth and misery. Yikes!

Happy holidays! I do hope that everyone who needs help this season gets what they need. Our minor contribution this year was a donation to the California Fire Foundation and a very generous Toys for Tots donation in our name by one of our investors. We do what we can. It's not nearly enough.

My point of writing this was a reminder that when those in power threaten to pull safety nets from society, what they're asking is for the lower and middle classes to absorb the wreckage of an ailing society. These problems don't happen in gated burblaves. One of the selfish reasons we have such safety nets is so we can sell and consume in relative peace and quiet while others get their lives back on track, since roughly 90% of people using social programs are just passing through. Let's hope 2018 is all about doing everything possible to make that happen.
Posted by Gary Ray at Saturday, December 23, 2017