For two hours this week on the day it was announced, I sold the new Ultimate Masters Magic set for a ridiculously low price of $225. There were a few reasons. This set was initially greeted that day with profound indifference. When I queried my staff, they told me it appealed to the grinder crowd, which has nothing to do with gay sex, I'm told, and everything to do with wheeling and dealing Magic cards as commodities. That is certainly not our crowd, as we cater to the more casual player. My sales rep threw up his hands with a big "who knows" when I asked if he thought it would be hot. The biggest reason I low balled it was the release date, December 7th.

Why is that important? Like 90% of game store owners (I took a poll), I use the fiscal calendar year. In the United States, if my inventory value was X on January 1st of this year, I am taxed on the amount over X on December 31st. It's taxable income hidden in inventory. Canada doesn't have this, which is why you can see glorious "museum" stores there with vast inventories. Also, in case you're wondering about changing a fiscal calendar year, small corporations like mine need permission from the federal government. Their response is "get bent, you made your choice."

A Magic release in December, although likely profitable, is not welcome. It will mean holding extra, inactive stock of this product in exchange for strong turning stock that is actively making money. Long story short, the correct amount of Ultimate Masters to buy on December 7th is 24 days worth. When I buy a Magic set, it might last a weekend or it might last three months. So Ultimate Masters was ultimately dangerous, especially at a price point of $336 per box. Blowing it out is a reasonable fiscal decision.

So that night I mangled a flyer to read $225 to attract customers I wouldn't normally have, for a product I didn't want, that I necessarily needed to blow out in 24 days. I posted it in our private Magic forum on Facebook, hoping we might get a few pre orders in the next few weeks. Then the calls began. My manager texted me, asking if I was sure that was the price I wanted. Store owners from 200 miles away called to make sure my head was on straight, because their customers were about to jump in their cars and drive to my store. Then I checked my distributor's website, because remember, Wizards of the Coast just stopped selling direct to game stores. Oh boy. I had made a big mistake.

Our distributor Magic prices are going up significantly starting January 1st, because Wizards of the Coast is reducing our margin significantly without raising the MSRP.  That January 1st price change date assumed there were no other Magic releases for the rest of the year. This surprise release caught everyone by surprise, so those January 1st margins? They went into effect starting in November with Ultimate Masters. Not January, right now. What was going to be a modest profit on this release, was now going to be $10 of gross profit, which is a bit of a disaster. So now what?

I did what any retailer would do, I made a course correction and increased our box prices to $250, which was still $50 less than any online price that evening (putting it at $250). The two people who bought boxes at $225 got to keep their orders intact, of course. I didn't suddenly demand an extra $25 from them. One person who wanted a bunch at $225 but couldn't pay that evening was angry and threatened me, but we eventually came to a resolution that made us both not homicidal. Here's where it got a little dodgy ethically though.

My crazy price had spread far and wide. There was a Reddit post. Reddit is an Internet bulletin board system I'm told. The resulting buzz for $225 per box brought in many customers, who ultimately shrugged and paid $250 a box, because it was still the best deal out there. I sold a couple dozen boxes, where most of my store owner friends sold a couple. The question you should ask: Was this Bait and Switch?

Bait and Switch is where you advertise one low price to get customers in your store, only for them to discover a higher price when they arrive. There's a good article on this here. Retailers make mistakes, and I clearly had made a big mistake with this one. The difference between bait and switch and an honest mistake is intention. Did I intend to advertise for two hours my $225 price so I could raise it when customers called in later?  If so, that's illegal bait and switch. Was it an honest mistake? The same actions, even though they resulted in the same phenomenal sales that would have occurred with illegal and unethical bait and switch, are just a mistake, if it wasn't your intention.

Eyebrows were raised, and what I want to say is good. Eyebrows should have been raised. It's a shady and illegal tactic if done intentionally, and the only way to know for sure is to get into my head. That's worth an eyebrow raise. I also want to say sorry, I made a mistake. I apologize for that. I paid the rent on Ultimate Masters, so I'm glad this happened, but I also acknowledge I burned a lot of social capital to do it. I certainly won't make that mistake twice, if I can help it.

There are some who will be angry and suspicious regardless of what I say, and to them, sorry, I can't help you. For the rest of you, I think this is an interesting parsing of a mistake and what this means ethically and legally. We make so very many mistakes in small business and most of the time they cost vast amounts of capital and time. It's not entirely terrible when one works in your favor. Now I just hope my allocation is big enough to cover my pre-orders. Whee! 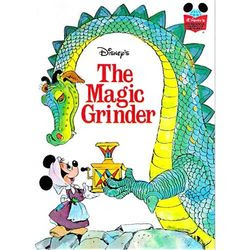