Buy Once, Cry Once

I'm a "Buy Once, Cry Once" kind of guy. That means I like quality stuff and have learned to "invest" to smooth my way through life and hopefully have an extended lifespan where I don’t have to buy stuff a second time. It usually means less stuff of higher quality, because I’m not rich. One of the areas in which I've invested has been quality store fixtures.

When I started my business, I was told to expect several years out of my store fixtures. What I found was I could have a premium looking store, with better quality fixtures, for about 50% more money. I went ahead and bought the premium fixtures, mostly because I had more money than sense, thanks to a home equity boom, and have (mostly) continued to buy them throughout the years as I’ve expanded. Can I recommend that?

It's almost impossible to square a reasonable ROI out of any store build out, let alone one where you start adding premium features. I would tell a new store owner to pick ONE premium feature, if they showed me their business plan (I don’t want to see your business plan). You can have good fixtures or the chocolate fountain, but not both! The SBA will tell you half of businesses fail within five years, which I think is where you should position your ROI. Buying premium fixtures is a vote for success, a belief those extra thousands of dollars will take you into year six. A six year ROI shows high confidence, low financial aptitude.

Have those fixtures been worth the money? As I’ve expanded, I’ve messed around with cheap fixtures. What I found is they wore out as predicted, at around three years. Worse, as they wore out, some became dangerous, with shelves that would collapse. I had a kids section that towards the end, was probably not safe for children. I cried twice when it came to those fixtures, because they all had to be replaced with quality ones.

Those garbage fixtures weighed on my mind, and they needed replacing when I had the least amount of money. This occurred during my Dark Night of Profitability, several years where I wished I would just fail already, if I wasn’t going to succeed. Bankruptcy seemed like a sweet release. Eventually I had some holiday money and all those garbage fixtures went over to the local thrift store. Watch your kids carefully over there.

In year 17, I’ve replaced only one of my high end fixtures completely, after driving screws into it from every conceivable angle to keep it alive. It was my Frankenstein monster fixture. Let me tell you how we destroy good fixtures: The problem with my fixtures, high end gondolas from Newood, is we love hanging things on the endcaps. These are the slatwall ends of each fixture, where we hang small items on hooks.

If you aren’t paying attention, you’ll walk by, snag your clothes on a hook, and rip that hook out of the wood, damaging the gondola. This won’t happen every time, obviously, but over the years, like a monkey at a typewriter, someone will eventually rip out a number of hooks in high traffic areas. New staff can't possibly imagine this happen, but the veterans know, if it can happen, it will happen. The major maintenance expense of the fancy gondolas is replacing these endcaps, and we’ve done perhaps ten in 17 years. But the gondolas look new and they’re safe.

Which brings us back to ROI. As I watch new stores struggle with untested store fixtures, I’m brought back to the troubles I’ve brought myself with deviating from quality. Yet, I had a very long ROI, and maybe they’ll spend year six on vacation on a beach, while I was working, beaming proudly in my fancy fixtured store. Whose the winner at retail? Money is rarely the measure.

We all define success differently. I’m planning to work from a beach in 2023. I’ll be 55 years old and I could be called back from that beach at any moment. I could be on the beach now, but letting go is a struggle. Others couldn’t imagine being anyplace but their sales floor, or doing community outreach, or any other customer facing service position. Most store owners would quit first, because the job is the people. I’m sure some of those people would consider my dream a sell out, and for stores just getting by, there are probably a number of asterisks next to my name. *“Yeah, but he…” If I were to give a seminar on how to run a store remotely, which nobody would attend (maybe I should give it remotely?), it would start with all the things to make your store self reliant. We would start with not having to worry about a child being crushed under your cheap fixtures. 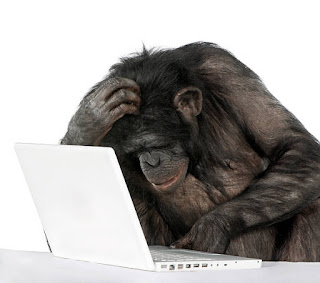