"Into the same rivers we step and do not step, we are and are not."

Meaning the river is constantly changing, but we also change constantly. This is truly the dilemma of small business. The environment changes. We change to meet the environment. We look around, prepare to take our next step, and the landscape looks unfamiliar. We look around and we don't recognize ourselves either! We constantly re-invent. We lack a consistent view from which to make decisions and our decision making faculties are likewise transformed by the experience.

Large businesses struggle with this by attempting to lock down that view. They don't want the man to change. They want people to fit into their corporate culture. Some try to create a corporate culture of constant change and questioning, which works to some degree. Some organizations that hate change (police and military), filter out those who question our subjective reality. I posted recently about complaining to a teacher I was feeling disoriented, at which he replied, "Well, don't get oriented." The man will always change. Large businesses also work behind the scenes to keep the river from flowing, but that's another discussion.

The river is constantly changing and you can't stop the flow. My store has done very well over the last year. Is this the river or the man? The retail environment has changed over the last year, and in fact is vastly different from the beginning of the last 12 months than from the end. My store, the man, has also changed, and I believe it is a fundamentally different business because of the transformation that took place over that period. Where does the river end and the man begin? That same teacher who told me not to get oriented probably would have responded, "Wrong question."

You might say you can't enter the river and return the same man. Its waters are transformative, restorative even. Water plays that role in spiritual traditions. Water washes away sins. The lotus of wisdom emerges from the mud. Fountains hold the secret to eternal life. You can stand in the river and question its nature, as I often do, or you can embrace its mysteries and step out a new person, ready for the next challenge... ready to cross the next river. Oh, you though you were going to get oriented? 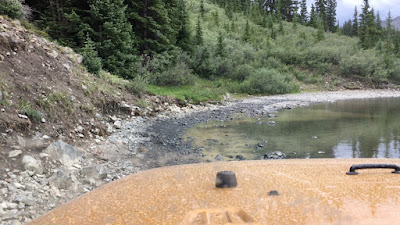