It seems lost on a lot of people in the hobby game trade that the primary job of a store owner is buying. Sure, they understand we buy, but they have a vague idea of how much we buy, the immense scale. Even the smallest store owner is responsible for a six figure purchasing budget in a year. Larger stores? Seven. That's right, store owners are walking around, spending hundreds of thousands of dollars a year, ten, twenty, a hundred thousand dollars a month, on cardboard and plastic. Even small store owners are likely hitting six figures in a year.

Our buying jobs are ridiculous. Sometimes we buy on sliding discount sales, moving targets. We are expected to place pre orders and back orders using obtuse tools, like static spreadsheets. A million dollars of sales a year in games, with orders tracked on a spreadsheet. We use them, distributors use them, publishers use them. Every week my primary distributor sends me a 900 line spreadsheet of what I have on order, sorted by the order the sales rep put it on the spreadsheet. Astonishing.

How may of the seven Pokemon releases arriving two months from now would you like to pre order? I shall take 5X. Well, I can get you 2X of SKU 1, 4X of SKU2, 1X of SKU3, etc., etc. And we chase this product across the multiverse through a handful of distributors, with a margin of error for the distributor that always ships late, and the distributor who sometimes loses the order (doesn't happen to me, but happens often enough to others).

We shall get some safety stock from the poor margin, but reliable distributor. We will pay several different prices that will hopefully cost average to success. We chase product through distributors, direct with publishers, and somewhat indirectly and ridiculously inefficiently on Kickstarter. This IS the job of owning a store. Everything else is details.

A lot of small stores have one distributor and take whatever X is. They often have no product, while I'm trying to manage crazy overstock. We are often, like in the case of Wizards of the Coast, forbidden from selling to these stores. They could fill out a form and order from another distributor, but they don't for some reason. Maybe it's scary. Maybe they don't have the budget, so what's the point?

Buying is the most important thing in retail. You could be an entirely incompetent sales person. You could have the personality of a brick. You could shove your product into vending machines and watch behind one way glass. You could have (gasp) no game space, no marketing of any sorts. If you were an expert buyer you would clean up.

Buying isn't just ordering, it's a dance of research, finance, purchasing, selling, inventory management, and liquidation. The experts, those really good at this, are expert buyers AND expert sellers. As sellers they know their customers, research product, attend trade shows, and demo the heck out of what works. They manage money like a boss. But if you had to choose buying or selling? They would tell you it's mostly in the buying.

Once the balls are in the air, the inventory bought, todays sales pay for last months invoices, in a Rube Goldberg, perpetual motion machine. Stores without terms, most new ones nowadays, skimp on small releases to save up for the big release. They have been taught leverage is dangerous and to avoid it, rather than credit being a great opportunity.

The better Gandalf you are, the more efficient your store, the more money you'll make. It's a painfully tedious job. It's a job that has barely changed in the 18 years I've done it, other than massively growing ten fold. It's a job that could be automated significantly better with technology. It's a job that would have been impossible at my current scale, 18 years ago, without the minuscule technological advances. I love the job. You can't have it. If you were a purchasing Gandalf, I could never afford you. 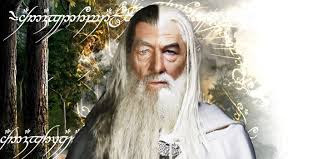