The Q4 2010 numbers for ICV2 were released today. We've increasingly found our numbers pretty much in line with theirs. Let me just say Q4 sounds like a million years ago as we approach April. Here's how we fared and how it's looking for Q1 2011.


I can tell you that Pathfinder has kicked the bejeezus out of D&D in Q1 of 2011, due to weak releases by Wizards of the Coast. With twice as many Pathfinder releases in 2011, I expect that to continue. Eclipse Phase caught fire after it got previewed in our monthly RPG club. Sales fit somewhere in the middle of all those Fantasy Flight RPGs. The Leverage RPG out-sold Dresden Files, but both were in single digits. 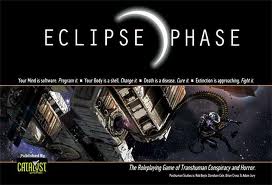 The big surprise in Q1 was how we sold out of Heroclix on release with quite a bit of demand still left. Last time we tried Heroclix we brought in half a dozen booster packs and it took months to sell them. This time we bought quite a few bricks and a league kit and they evaporated in one day. We'll be somehow running Heroclix events starting in April, despite there being no supply of product anywhere. We're also re-launching Legend of the Five Rings CCG upon the next sets release.

What gets overlooked mostly in these rankings is the success of the FFG living card games. They don't sell enough to make it onto the hot lists, but we regularly go through about ten Game of Thrones chapter packs, seven Warhammer Invasion and even one or two Call of Cthulhu packs.

The top Q1 board games are Mansions of Madness (FFG), Wrath of Ashardalon (WOC), Settlers of Catan (MFG), Betrayal at the House on the Hill (WOC) and Nightfall (AEG). Q1 has seen our Euro game sales fall off pretty heavily. 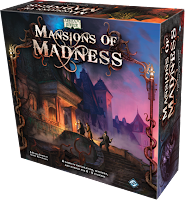 This is the most steady of categories, with not much news except at the basement, where Dystopian Wars failed to gain traction due to the inability to supply the US with rulebooks and models simultaneously. I gave up on them in exasperation. There is serious resistance from customers to anything new in this category right now. I can live with that.
Posted by Gary Ray at Monday, March 28, 2011