I thought I would touch on some of the more esoteric parts of owning my own hobby game store. These are some of the psychological issues I wasn't expecting and nobody told me about before I began. I was too busy trying to get the spread sheets to line up properly in my business plan, so I wouldn't have listened anyway.

Class Consciousness. I grew up in a world that was upper middle class, where everyone was expected to go to college and where everyone, even those who didn't finish their college educations, ended up a professional. Looking back now, my schools were in the top 1% in the state, compared to the failing one my son started at this year (bottom 10% until we moved him thanks to No Child Left Behind). I knew no one who owned their own business as an adult, unless it was IT consulting, and my adult friends were all professionals with lots of disposable income. We talked about cars, houses, international vacations and our latest gadgets. My passport from back then is nearly full (it expires this Summer and I'm in no hurry to renew it).

Even now, the new iPads, new cars, fancy vacations and private schools of my friends are in sharp contrast to my far more modest means. There is truly a sense that I've taken a step down to a lower middle-class socio-economic tier. My goals are smaller by comparison. I want my kid to go to college. I want to someday retire. I would like a new car in the next decade. This might not be a big deal if you don't have a degree(s) and didn't come from a profession, but it's quite the contrast when you have (or had) other options.

The Slowness. Owning a store goes so slow in comparison to the fast pace I was used to in the tech world. Projects were big, expensive and quick in IT. My last IT project took two years when I knew I could have accomplished it in six months if I had been in a more nimble organization. It felt like wasted time. In contrast, the progress in a game store is measured in years, in near glacial time. It's like Soviet five year plans, the same period as property leases. Sure, lots of little things are constantly added and tweaked at a game store, but the profitability, the debt pay down, the expansions, are slow and few and the scale is much smaller. There is the danger of pushing the limits, of making it go faster. I do this all the time with my store. She doesn't like being pushed.

Intellectually Challenging. Although progress is slow, it doesn't mean the intellectual demands are any less. I was originally intrigued by the perceived slow pace of running a store, like Mr. Olesen on Little House on the Prairie. An old boss once told me he fantasized about running a hardware store because of the pace (then thought I was insane for starting my own store). The progress may be slow, but the knowledge required to run a small business and the demands on our time are as ever changing and intense as any corporate job, or at least it should be if you're doing it right.

You've got management, sales, finance, and facilities (including IT, which ironically requires other consultants, despite my background). You're responsible for both strategy (the big picture) and tactics (day to day operations). Trends and toilets. You can be a genius at any one of these things, or two, or all but one, and still fail. Or something unforeseen can happen in your personal life and scuttle the whole enterprise. I love that about doing this, and it explains why a lot of game stores become road kill.

Tiniest of Margins. In my seventh year, I only now have the financial breathing room to consider non essential purchases, like the staff lockers I mentioned recently, or going to a trade show without budgeting far in advance. I have enough operational savings (I can hardly call it profit) to do these things to improve the business. I recently had a discussion with my wife in which I argued that the many days and intense hassle I spent changing payroll companies, working to get our credit card processing hardware working and converting to a corporation were not only worth the time, but were essential activities in running the business. This is the job, just as much as sales.

Lately I've made saving money into a game as I've seen how much easier it is to improve the bottom line than increasing sales. For example, I'm trying right now to see if we can get through the week on two trash cans instead of three, because I really don't want to spend the extra money. In any case, if I had known the thinness of the line between success and failure when I was just starting, I probably wouldn't have done it. Also, if I had known it, I sure would have been a lot thriftier from day one. I mourn all the money I wasted learning how to save money. I feel the same way about other peoples poorly run stores.

The Happiness. I love getting up and going to work in the morning, although I don't like to stay late because I want to spend time with my son. I love spending an additional 3-4 hours a day on the computer outside of the store, handling finances or other remote needs. I enjoy watching the sales patterns and projecting the revenue, and watching as a marketing program produces results. When I'm not making money, I blame myself and I'm grumpy and insufferable.

I recently learned to enjoy squeezing the vendors to cut costs and coming up with new schemes to tweak a little more profit out of what's already there. This is my favorite game. That said, I always wonder if I could have been happy working on my own in IT. I hated IT really, but the things I hated about it where elements of the companies I worked for. I regularly recommend that people who are considering the game trade instead try to start their own business in their current expertise. If they fail, at least it won't be such an incredible loss of capital.

There is also happiness in living simply, of having more focus on what's important and less on toys and fancy trips. Family trips to Disneyland replaced trips to Europe and I'm likely to get the full value out of my current car before replacing it (my previous average was 2 years). Having weekends off is my biggest luxury and I savor each day. You would think you would get to game a lot more owning a game store, and what they say is true, you don't. However, when I do game it tends to be the gaming experience I want, with the people I want to spend time with. I have the pick of players and lots of time to think about what games I really want to play.It's almost always something familiar with friends (otherwise it's work).

The People. I very much enjoy my customers and the friendships and acquaintances I've made at the store. Even the surly ones, the socially stunted ones, the guy who complains about D&D 4th edition in scathing tones every time he comes in to buy the latest D&D 4th edition book; yes that guy too. The muggles who shine a light of reality into my fantasy world. They're all my people. I enjoy my conversations with my suppliers, especially Scott and Travis. If you get lonely working by yourself (I don't), suppliers are often your lifeline to reality, possibly your armchair psychiatrist. I wish I had more interaction with my peers, other store owners out there, but we're all silo-ed like nuclear launch technicians. I think we would be less exotic folk if we weren't such isolated, wacky rulers of our own little kingdoms. 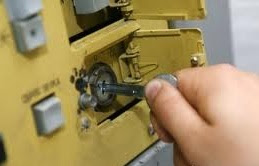