I hate the term Obamacare, since reference to Obama is mostly used by the right as a panic word. People have asked how I feel about The Affordable Care Act  as a small business owner, so I thought I would give my thoughts. Really they ask me about Obamacare, which is kind of a tell, like asking, "How do you feel about that Exclusivegate?" when referring to Alliance exclusives.

Lets ignore the fact that it was a Republican plan co-opted by Democrats and protested like it's the end of the world by Republicans. It's no public option for sure, despite moans about socialism. It was crafted with a nod of approval by the insurance companies. I think it's stupid, but from a more left perspective. But it's what we can get in this country.

But how does it effect me? With less than 25 employees, it has little effect. There are no forms, fees or penalties. I'm not required to do anything. The government is not up in my bidness. There is also zero incentive for me to offer new health insurance to my employees. There will be plans to give me tax credits that cover 35% of the cost of the company's insurance, if I pay 50% of it, but it doesn't even cover me, the primary employee.

What it does do, however, is give a very big benefit to the people I tend to hire, which is young people, over 18, but usually under 25. Those people may stay on their parents health plans, provided their parents have health insurance. That's a system right there that helps my business. When I asked employees about offering coverage, most were happy to stay on their parents plans (I didn't ask the parents).

For me personally,  it does little, other than slightly simplify the ridiculously complicated plans that exist now, along with offering a modicum of consumer protection. My personal premiums are going up 20% starting in December, because, you know, costs. Not that I ever used it. Yesterday when I was comparison shopping, I honestly couldn't tell you what my plan covered and didn't cover.

It was so worked over by insurance actuaries, with co-insurance and out of pocket maximums and various deductibles that I yearned for a simple IRS tax form. The California exchange is partially up, offering simplification under the ACA, but no cost savings that I can see. The California exchange rates conveniently reflect my 20% December increase, although I have so little comprehension of how my current plan works, it probably offers a few hidden protections. 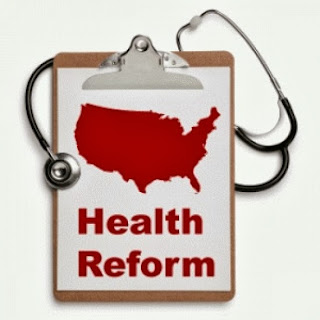