After nearly a decade of owning my own game store, it's tempting to be cynical. The hobby game trade is a perpetual mess. You see new retailers ask the same insightful questions you once did, about why game store owner's can't get organized, how this or that organization has our best interest at heart, and how if we just changed one small variable, the trade would be so much better. Yeah kid, been there, done that. It would be easy to sit back and watch it all burn.

Active cynicism is outrage. We have a culture of outrage, daily button pushing on every topic, carefully tailored to our personal interests. Outrage is a lazy emotion that lacks the ability for change. It's cynicism with the volume up to eleven. Why would you point out a problem to a business owner when you could just be clever on Yelp? Outrage has nothing to do with fixing problems.

In the game trade, I could be outraged that my trust was abused by a supplier. I could be outraged because a publisher called us names, or a publisher did the usual approach of using small retailers as a spring board for big retailers, which means once we make something successful, it's taken away. As if it were ever ours to begin with. The unfair reviews and literally crazy customers can cause outrage. There's just so much outrage potential, and sometimes it feels like the alternative is being cynical, not caring at all. Snickering and talking about cat piss game stores and buggy whip salesmen, usually with people who have no idea how retail actually works.

The middle ground, what I've learned from the veterans who've been at it longer than me, is to simply mind my own business, in a very literal sense. When it comes to product, Jim Crocker of Modern Myths describes it as catching waves. We catch a wave, ride it as long as we can, then paddle back out again. That's the specialty retail model. It sounds exhausting, doesn't it? It is. It's the desire for things to be solid and unchanging that causes us to suffer in these ways, our energy sapped when our expectations aren't met.

When minding your own business, the amount of stuff you can ignore and be successful is staggering. The three things you must pay attention to are: your customers, your customers and your customers. Everything else, for the most part, is none of your business. Who are your customers? What do they need? How do you serve them? That's all.

Strategically, you've got to have your eye on the next wave. You've got to gauge the wave you're on. You've got to do all the little surfing related tasks before and after to make sure you're prepared for that wave. Your equipment needs to be up to the task and you have to be in good condition and warmed up. Research is so very important in picking your location and checking the weather forecast. You might even seek some guidance. You do the thing, then you do the next thing. The waves may come. They may not. That's the nature of the waves. No need for either outrage or cynicism when you're minding your own business, focusing on what's in front of you. 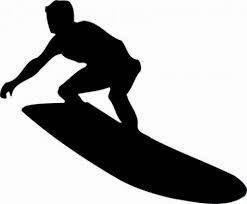