Chicken and the Egg (Interlude)

Everyone who writes a business plan does a tremendous amount of work coming up with expenses. It's a research project with known variables. Then they get to the income section of their projections. Yeah, income. So they go around asking, "How much income should I expect? "How much money will I make in this location versus that location?" The answer? No idea. If I knew that, I would have a store there yesterday. How about this: You expect a 5-8% net profit after a couple years of losses, so just project backwards. It's X revenue plus 5% beyond your expenses. But that's totally nuts, you say? Exactly. Sane people have desk jobs.

Construction projects are the same way. I want to build a mezzanine. How much will it cost? That's a very expensive question, in fact possibly more expensive than the cost to build the mezzanine. To get a cost for a project, you need to bring in experts to do the job right. You can't just have your uncle build this thing over the weekend while nobody is looking. That was the suggestion from our first contractor.

There's no eyeballing a big project like this. There are strict building codes, the Americans with Disabilities Act requirements, safety and fire codes, and ever stringent energy standards, including new ones going into effect this Summer. Once you go down this road, you'll be talking with the city, including the fire department, your property management, and your people, including architects, engineers, consultants and contractors. So how much will it cost? It will cost you to find that out. Some of this stuff is negotiable. Most of it isn't.

Knowing what it costs is knowing how to build it, which means your architects will need to spend weeks getting plans together so you can get a quote from your contractor. That process costs tens of thousands of dollars. Yes, you've read that right, you need to spend tens of thousands of dollars to learn how much it costs to build a thing, or in our case, whether it makes sense or not. Asking how much it costs to build something is like asking how much revenue I'll make in my new business. It's almost laughable. Many projects fail at this stage, my architects explained. Yeah, I wonder why.

Moving forward meant getting a loan. The loan is to do the project, but the first part of that loan is learning whether or not we should do it at all. The problem is the bank doesn't want to give you a loan to learn about a project, they want to give you a loan to complete a project, so you can make more money and repay the loan. You must project confidence. You are the most confident crazy person in the room. You must have backup plans and contingencies, which shows you know what you're doing is insane, so you've planned for it.  This is not your first visit to the insane asylum.

So imagine this conversation:

And that goes on for a while. It's not as terrible as it sounds because this is the reality of such an endeavor. The only difference is nobody will give you a new business loan, the one where I tell you to make up a number plus 5%. That's just never going to happen without putting something behind it, and no, not your house, nobody wants your crappy house any more. Huh, no. We've seen how that worked out.

They will, eventually, give you that construction loan. The basis of such a loan is primarily about your track record, and your credit score, because if you've been in business for ten years, you've managed all sorts of shenanigans and survived. Construction is shenanigans at the highest level. Epic level shenanigans.

Our Kickstarter is slated for mid May and we need your support. We'll have enticing reward levels that provide really cool things, so take a look when we put it up. We still need many tens of thousands of dollars. 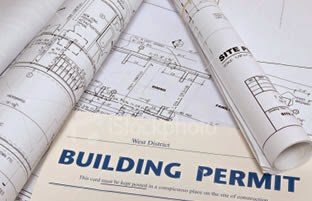