Dungeons & Dragons 5th Edition has been released. Yes, we're all calling it "5th" now, even Wizards of the Coast. We're also universally admitting that 4th edition was kind of crummy. You can talk about what a piece of crap your old car was, but only when your fancy new car is sitting in the driveway. The D&D 5 play test, by most accounts, was a disaster. There was trepidation as the new edition of the past king of role-playing games released. So what do I think of it? 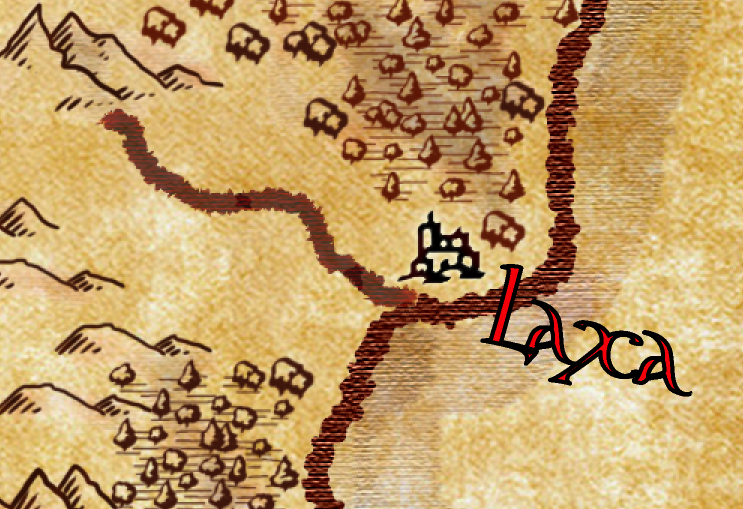 As a gamer, I love it. I've spent the last 30 days writing a D&D 5 campaign. It's called Mysteries of Laxa, about a frontier town established on an ancient site of power that has become a regional, medieval tourist trap for religious pilgrims. But something stirs under prosperous Laxa. An ancient power arises, yet the town elders are focused outwards on their trade, unable and unwilling to address the threats that may potentially destroy it. Can the young adventurers rise to the occasion and save the town? 5th Edition D&D lets me tell my story focused on the setting and the characters, without the gear trolling and murder hoboism endemic to past editions. It's streamlined without being dumbed down and the rules get out of the way of the story I want to tell. So yeah, I like it, and yeah, I'm embracing it pretty hard. It's fantastic. But what do I think about D&D 5 as a store owner?

Dungeons & Dragons 5th Edition has outsold Pathfinder 2:1 since its release last Summer. That's six products outselling well over 300 products, two to one. It has put D&D in the number four position for our top games, whereas it hadn't ranked for well over a year.

Dungeons & Dragons is back baby! I should be really excited. But am I? Do I like to ask myself questions and then answer them? The answer to both is a resounding yes. But I'm also concerned. Mostly about future D&D sales. There's probably a pill for egregious self question asking. You see, this won't last. D&D 5th Edition is great and all, but it's kind of on the same track 4E was several years ago when I predicted (and was laughed at) for talking about how Pathfinder was about to dominate.

The problem with 5th Edition is the emperor has no clothes. There are very limited plans for D&D 5 releases. I call it Dungeons & Dragons: The Stable IP Edition. Here's the thing. There's very little money in RPGs, especially from a company that makes another game that's probably a quarter of all game trade sales. Where Dungeons & Dragons could make money is in digital properties like electronic games and movies.

When I look at D&D 5, I see very good "core" book releases that are currently driving sales and then sparse, setting related releases planned to occasionally trickle out in the future. It's a boring and not terribly profitable release cycle. Paizo released more Pathfinder products this month than you'll see new from D&D in 2015. The gamer in me says that's just fine. We don't need a product treadmill with intentional power creep and books of marginal value. We also don't need endless card packs, map packs, novels, dramatizations, monthly themed adventures, and goblin themed hats for D&D 5. That's the gamer in me. The retailer in me is deeply concerned.

Role playing games, in stores, are in trouble. Or more accurately, they're on the verge of irrelevancy due to their scattered nature, move to an electronic focus including PDFs and Kickstarter, rampant piracy, and a model that encourages only 20% of customers to buy products. Plus, as Mike Mearls of Wizards of the Coast painfully explained, electronic alternatives are easier to get, to play and they're everywhere.

For those retailers who hoe this pen and paper field, like myself, we make role playing work on the back of the dominant version of Dungeons & Dragons. That game, whether it's D&D or Pathfinder, is often 50-75% of our RPG sales. Everything else is community service. Really, for most stores, non D&D RPGs not only don't pay the rent, they don't justify their space economically. If you see them in a store, know they're loved by someone in charge.

When the D&D 5 core books have cooled, much like with 4th Edition, what will we be left to sell? A bunch a nothin'. The 5E release schedule is sparse. It will include "accessories" that traditionally sell poorly compared to core books. There is also no open gaming license for 5E, although companies like Necromancer Games and Goodman Games are slowly producing compatible products. There are currently two.

If you do sell Pathfinder well, and you're now encouraging players to move to D&D 5, which I do sometimes, you're not only undermining your Pathfinder sales, you're undermining your entire role playing department. When you've nuked Pathfinder from orbit and you're sitting on a dozen slow selling D&D 5 books two years from now (a dozen!), how are you possibly going to justify selling RPGs in your store?

As a gamer, I think D&D 5 is fantastic. As a retailer, I'm really happy with D&D 5 right now. Going forward I think RPGs in game stores will experience an existential threat with the current D&D release cycle. But there is a way out. It's called Pathfinder 2.0.