We used to study the rules created by the early Buddhist order in graduate school. We wanted to understand what people (in this case, monks) were really doing. Nobody sane makes up rules unless there's a behavior they want to curb. Where there's a rule, there's a behavior. You get general rules, like don't kill, but you also get really specific rules, like don't be a jerk when it comes to the rules about sex, and when people are pointing out you're being a jerk about the sex rule, don't deny you're being a jerk (that means you, Bob). This reminds me of Shane from Wal Mart.

When it comes to the store, I've been reluctant to slap down rules before behavior became a problem, so we tend to avoid posting a lot of rules. That said, there are three rules, etiquette really, that seem endemic to game stores. They are:

Don't Scare the Straights
By all means, let your freak flag fly. We are a safe place. However, try not to scare the straights. The muggles keep the doors open for most full range game stores, so you want to maintain a modest level of propriety. If I can hear you screaming about murdering the orc baby from the counter, it's too loud. If you're screaming about murdering the orc baby at the counter, which can happen, you need to work on your tone deafness.

Also remember we have four major categories of games in the store, and all but the alpha gamer think the other three categories, games they don't play, are a little weird. That's right, you're all weird to each other. I try not to laugh at this. Plus we have the moms and uninitiated who need to be eased into the hobby. Don't scare the straights. When it comes to those other three categories of hobby games or even competing games, please don't denigrate them. By all means discuss the ins and outs, comparing and contrasting various systems, but reserve the value judgments.

The beauty of a game store is we have such a vast variety of games that appeal to so many people. Unless you're very old or incredibly stubborn, there's a good chance you may gravitate towards one of these games in the future, so I kindly suggest you don't slam the door closed. It makes it harder to open later. Putting down other peoples games is bad form.

This is a hard lesson for staff too. One of the easiest ways to sell a great game is to point to how it's better than another game. I have groups that regularly feel the staff doesn't like them because the staff member is fervent about a particular game system at the expense of the others. My constant criticism of Games Workshop in this blog is often taken as a dislike of the game and its customers. It's a fine game with fine customers, regardless of GW shenanigans. So by all means have opinions, because you're a gamer after all and we can't change the position of the stars, but respect the person whose getting satisfaction out of that other thing. 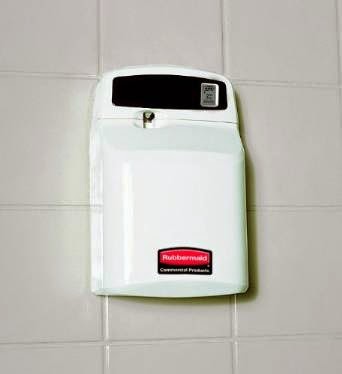 Perhaps you have a glandular condition. Perhaps you walk everywhere because you're saving the planet. Perhaps you just got off a 12-hour shift. It's all good, but if you stink, that's on you. Unfortunately, this stink is so common and so pervasive, it has become a trait of your sub culture. Shower my friends, or at least carry some deodorant to spare the rest of us. You stink.

Our mail carrier came in this week and asked if it always smelled so bad on Saturdays. This is a woman who walks half way into the store for ten seconds, turns around, and leaves, yet she was bombarded by stank from a group of guys about thirty feet away. That is some hefty stench.

Today our new "odor control dispenser" arrives. This is a device that will cost us $5 a month because our customers apparently don't bathe in their culture. So I can put a price on stank, it's $5 a month plus the hidden costs of driven away customers. Please help us in this area. If you have a friend who stinks, perhaps subtly suggest bathing, or maybe a gift of deodorant is in order.

It shall be known, thousands of years from now, that these were the problems in the early gaming subculture.
Posted by Gary Ray at Friday, February 27, 2015