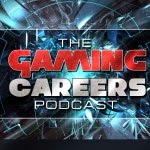 I did an interview on The Company Bard, "the gaming careers podcast." We talked about the game trade from a retailer perspective. It was a solid, nuts and bolts interview with a lot of crunchy numbers. You can listen to it here.

This week I'm at the Gama Trade Show in Las Vegas. The show feels packed, with retailer attendance up 20% from last year. It continues to grow rapidly. This is very good news, since game stores are also continuing to grow and proliferate. Nobody goes to Gama unless they're serious about improving their business.

There are three main components to this show: retailer seminars, publisher seminars, and the trade show floor. A fourth component is networking outside and within these events, and not surprisingly, that's where I've been getting the most insight into the trade. 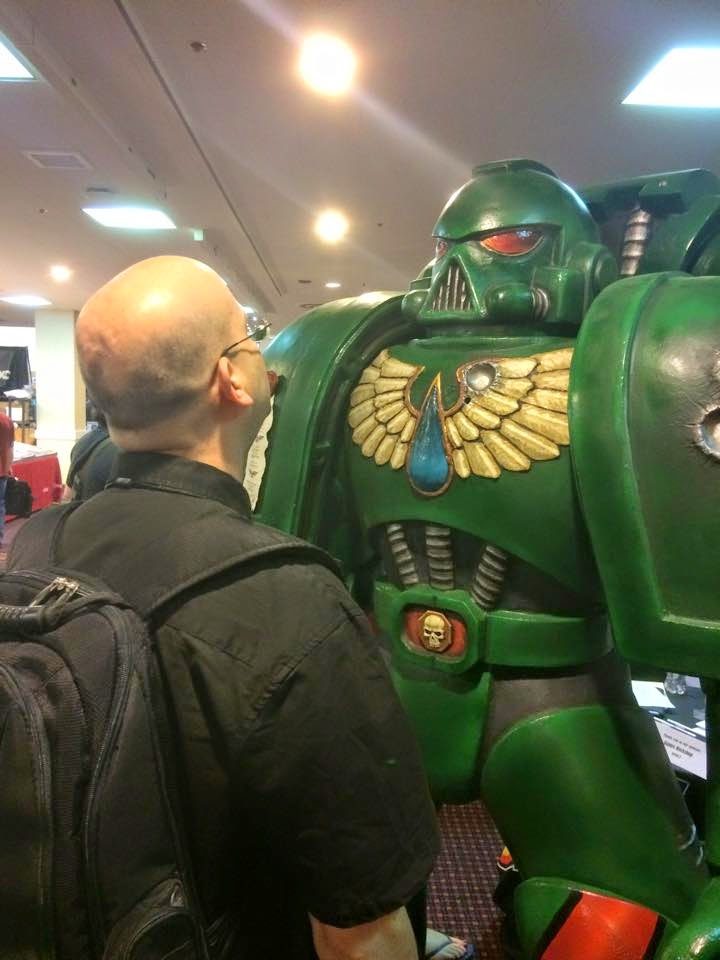 From the retailer seminars, I didn't come across anything that revolutionized my business, like my last show, two years ago. I did come across many best practices I was able to load "into the hopper" for changes back at the store. That change management function was a critical skill I learned at that 2013 show from Dave Wallace.  This year it was mostly ideas about human resources and events. We're all about constant improvement.

The publisher seminars were fine, with a couple of interesting juxtapositions. On one hand, we had Reaper Miniatures stand in front of a room full of retailers, asking where the hell their product was in the distribution channels, and answering "Don't know." Everything is cool on our end. Don't know. "Don't know" comes off as ignorant or deceptive, so it wasn't surprising it kicked off a retailer discussion of whether Reaper was still right for game stores, or necessary, or even relevant with their direct to consumers Kickstarter model.

That's hardly the take away you want for your company after spending thousands of dollars going to a trade show. Poor messaging. Moreover, after telling us "don't know" why we can't get stuff through distribution, they handed out a catalog with about a dozen high value rack deals and told us not to order from them; go through distribution. Riiiiight.

I mentioned that juxtaposition. If you want to see a company handle messaging correctly, the WizKids seminar was an inspiration. WizKids has really screwed the pooch (technical term) with supply of Dice Masters. Did they show up and say "don't know?" Hell no. I'm not a big fan of this company, but the CEO, Justin Ziran, showed up, explained exactly what happened and why, what's happening now, and what they're doing in the future to avoid the problem of stock outages. He put his cell phone number on a presentation slide. It's safe to say, "he knew." I came away from Reaper wondering if I should disengage. I came away from WizKids sending emails to my staff asking how we could engage further. 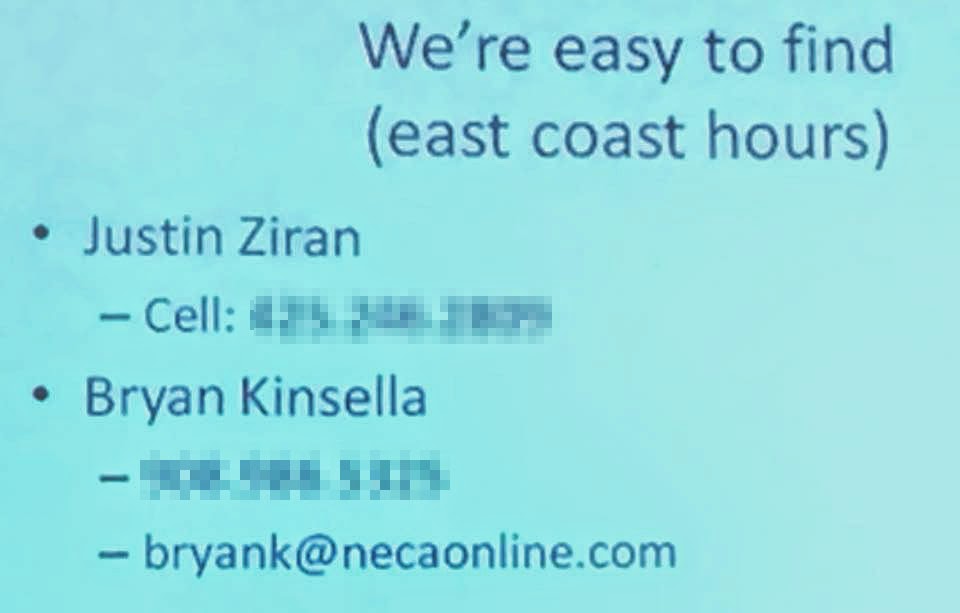 The show floor. I mentioned in a previous post I came with a bankroll to spend. If all goes to plan, I will have spent $5,000. How did I spend it? My first stop was a small playmat company, one of several. I promised to buy $500 in mats, but they had no order forms or catalogs. That meant I couldn't really place an order, but they'll call me. I give it a 50% chance of happening. 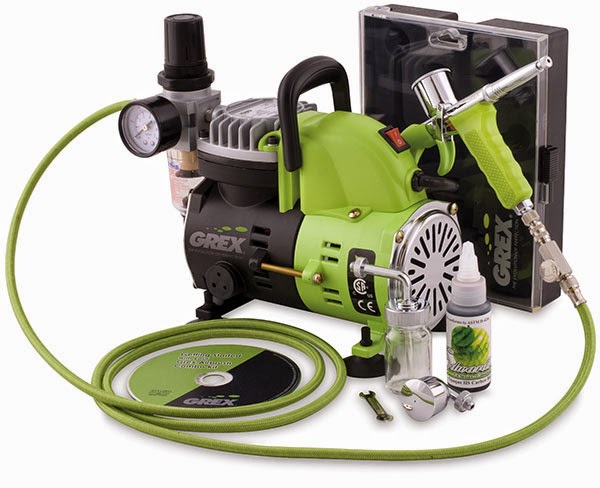 Next was airbrushes with Grex. I've wanted to bring in airbrushes for years, and these were beautiful, with quiet compressors. Unfortunately, they had a six page retailer application. I was determined though and went back to my room, filled out the app and handed it in, along with one of their forms of suggested starting stock and a demo kit. They took my credit card information and I spent about $1,200. 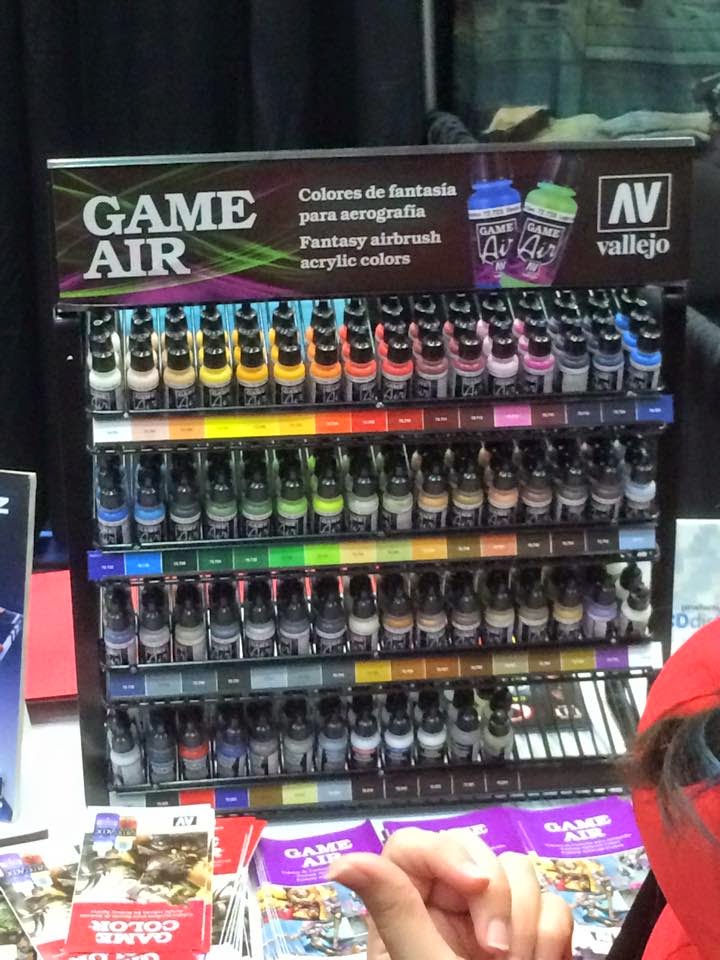 Then I walked right over to Vallejo, saw their new Model Air airbrush paint line, and emailed my Alliance rep to get me one. $600. Some people have been waiting for this line for years, and I just happened to hit it on release.  Who knows, it may even show up today at the store. In fact, there were probably half a dozen games where it was all about a quick photo sent to my sales reps at the distributors. 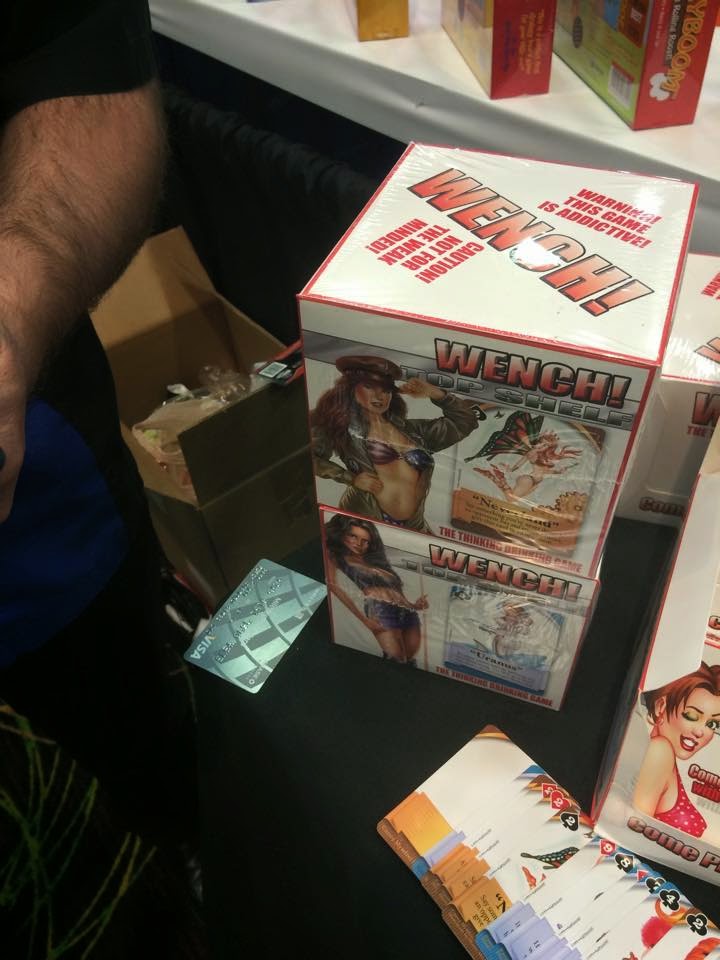 Next I found the old Wench card game, which despite the controversial name, has nice pin up art that I know is appreciated by a good number of both my male and female customers. I picked up a couple displays off their table and they ran my credit card right there. $90. Stop judging me.


I vowed to place a direct Koplow order this year, after seeing them at trade shows for 10 years and not really being able to get their stuff. I was helped by a friendly gentleman named William Niebling, who many in the game trade know well. They tell me he has been there for years at the Koplow booths, and I somehow didn't engage him before. Nevertheless, he was happy to write me up a $1200 order as I pointed to various products. 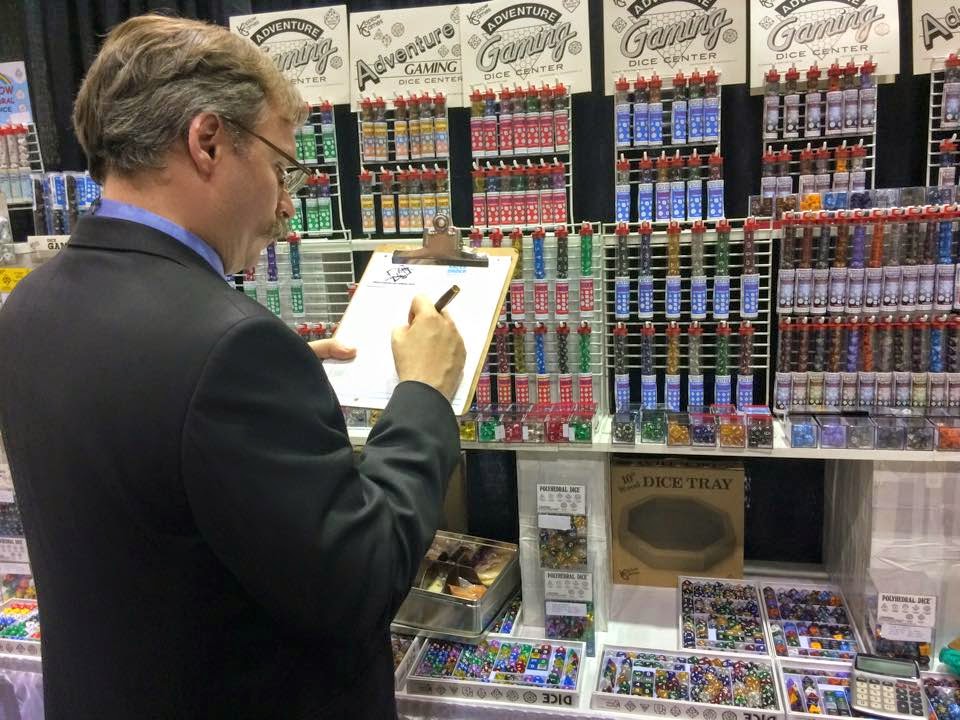 What about Reaper? Well, I did place an order through ACD for a couple rack deals, both the Bones and the Pathfinder metal models. It came out to around $1,000 and I was told there was at least a months lead time and don't hold your breath.

If I've learned anything from the game trade, it's not to hold my breath.
Posted by Gary Ray at Thursday, March 19, 2015