We live in a world where a restaurant that specializes in southern Chinese cuisine will be given a one star review for not serving northern cuisine. When it comes to game stores, we have similar problems, with stores not only criticized for not having a particular type of game, but criticized for having too much of one.

If your presence appears to cater too much to the Magic crowd, there are players who will loudly complain about the death of the traditional hobby game store. Likewise, CCG player will complain about limits to their event sizes due to dedicated miniatures tables. Do we not know what side of the bread is buttered? This group you call "gamer" is not uniform by any means, and although they'll show some fierce loyalty when their store is in trouble, they'll also turn on a store if they're not feeling the love.

I believe game stores are perfect reflections of their community. They perfectly reflect the interests of the local customers. They reflect the business practices that are part of the local retail culture. They reflect how much a prospective small business owner is willing to invest in that local culture, if they're willing to build something grand or just throw up some Costco tables.

If an area has a poor store selection, well that's a reflection on the entire local culture, all the way down to the individual customer. It's a beautiful thing, perfection, and I believe, deep down, customers get the stores they deserve. If they don't get what they want, they have themselves to blame.

Blame is a harsh word, but I use it as a mirror so customers can look at themselves before judging the life's work of a small business owner and the owners faith in their customer base. If your local stores are all discount dumpster fires, well, that's the area you live in. Just as with poor schools, a bad job market, and food deserts, you may want to make a change. Change comes in many forms, be it with your feet or your wallet. Find the store trying to change the culture and give them your trade. Likewise, If your local stores are cathedrals of gamer culture, well, you've chosen wisely. and hopefully you do what you can to preserve that.

Every game store is a different animal, in a different zoo. We don't need grand comparisons of great stores. They are reflections of their communities, their cultures, their local markets, and of course, the owner, who built it, and could have absolutely, always, in every case, made better use of their time and resources when it comes to economic outcomes. That's true of everyone in the game trade. Monastics for a small cause. And if you want to prove me wrong, if that store you want to support doesn't exist, send me an email and we'll talk about how you can be the change. 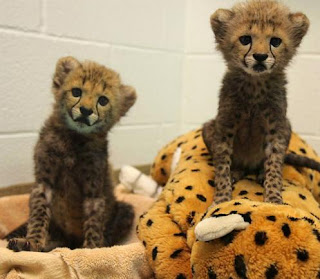