I paced the sales floor on Friday, a major release day for Magic. I was hoping it would result in a figurative pay day on what was also a literal pay day. So far, most of the the sales were paid with credit cards. I was looking for more cash as I was expecting the bank to call at any moment to tell me we were short with our payroll run. A midday deposit was on my mind. I had already raided our small cash reserves. A customer came in to sell Magic cards to my assistant manager and I had to go back to the office to hide my irritation. Cash out is not what I wanted.

Is this what failing looks like? I ask that sometime. As a veteran store owner, I know exactly the steps of failing. I've written about it in my Defcon article. I spend a lot of time avoiding taking that next step down the ladder, to the point of unnecessary risks and gambles, like working the float between bills and income on a payday. Working the float should be somewhere in my mission statement.

On the bright side, we had just passed a million dollars of sales over the last four quarters for the first time. A million dollars. I'm going to write it out, because this is new and exciting for me: $1,000,000.00. Our sales are up 16% for the year, which is a big accomplishment as we start year fourteen. Margins are good as we only sell in-store and our gross profits are strong. Net? Umm, let me tell you more gross things.

We're reaping the reward of expansion. Some departments are expanding rapidly, with RPGs and miniature games up in the 40% range. Our bid departments, areas where other stores are seeing a decline, board games and CCGs, are static, which is still a win for us. This is due to doubling our play space, doubling our events. My predictions of a modest sales increase from expansion were correct, and even a little understated, which I was hoping would be the case.

Friends asked if I was going to write a blog post about the million dollars. Ha! No way, people don't want to hear that. But then I thought I would put it in context with what comes along with the million dollars of sales. Much more stress. More hassle. Pacing and working the float. Work the float.

We are in the first year of an expansion. When you expand, you budget for the expansion. You plan ahead for unanticipated expenses. You acquire financing. If you're lucky, the expansion goes according to schedule, or maybe it went long by ten percent or so. Our six week expansion took six months, long enough that we were compensated for what were clearly some mistakes. I'm so grateful our customers supported us during this period, especially our miniatures players, the only department not to sink, despite not having room for them to play. One retailer suggested I have six months of cash reserve before doing such an expansion. If I had six months of cash reserves, I would retire. Or buy a building or five.

Right now we are lucky to be in business, to be entirely truthful, and even with free rent for a quarter, which in our case would buy you a new car, we were still severely over budget, due not only to construction but sales losses over that period. You survive or you don't in that situation and use all the resources at hand. Hopefully you have a line you won't cross where you won't borrow or hemorrhage cash any further. We're not losing money, we're just staying afloat. We're at the line, which can be characterized by turning down people who still want to loan us money, because the problem is not cash, it's cash flow.

I can write this on October 1st, because we've survived the first year after construction. We're still here! We're in the fourth quarter, where the money resides. We will work hard this quarter and pay off chunks of debt. We'll emerge in January like a colorful butterfly from a disgusting, debt ridden cocoon. Well, that's a bit overstated. We'll come out of this year slightly stronger, growing stronger each year for the next four years.

All of my personal financial hopes and dreams reside within the business as it stands right now. It's  underneath construction debt. For now I work the float. As we move forward, it's like removing the dust from a mirror, uncovering hidden potential. 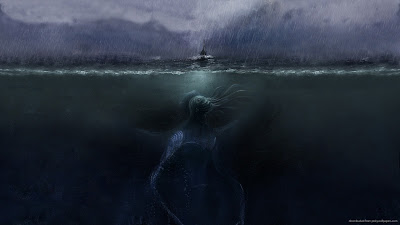