When I look out the window of my store, I'm reminded of a story. I accompanied a friend to buy a new BMW at the dealership across the street. He did a Euro delivery deal and walked away with a date to pick up his new car in Munich. I went with him on that trip and it was a wonderful time and the car was fantastic. My own BMW, a higher end model with lots of problems, was costing me a fortune. I went to that same dealer, met with the same salesman and requested the identical car, with the identical deal. Nope.

The salesman insisted I pay another $700 for a delivery fee that wasn't required on European Delivery. But what about my friends deal? Nope. Can't have it for that price. To give you an idea of how car dealerships work, each dealer gets an allocation of cars each year, say 100, and they need to maximize the profit on each of those vehicles, which is why there's so much haggling and an attempt to get you to pay full price in a market segment where almost nobody pays full price. It's the poster child for dumpster fire retail. European Delivery, offered by a handful of manufacturers, is outside the dealer allocation, so they can sell as many of those cars as they want and it's essentially "free" money. Turning me down for $700 was turning down free money, in my mind at least.

I drove over to another dealer and I swear I've never seen a car dealer so overjoyed to work with me. I handed him a complete deal, with all the details, for an imaginary car in a foreign country and he would make $1,000 for his efforts that day. He would never see me again. I swore I would never step foot in that first dealer and it left a bad taste in my mouth. It's a taste I encounter daily, just by looking through my store window at that same dealership across the street. 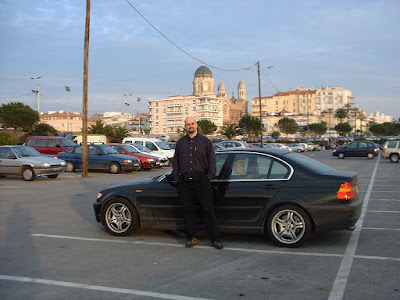 What's the relevance of this story? We sold a box of Magic the Gathering: Ultimate Masters to a customer. The clerk was unclear on the price, as it has been like shifting sands with us. This product was in fact, allocated, meaning, in theory at least, we are only getting so many and we needed to maximize profit based on market conditions. Even though the price was clearly stated in our point of sale system, the clerk sold it for 10% off.

Later, his buddy came into the store, and asked for an Ultimate Masters box like his buddy bought, with no sales tax. Pfft. That wasn't going to happen. No sales tax? That sounds like his buddy went to a competitor.  We rang him up and he was rightfully upset his box was 10% more expensive than his friends. He was angry, he swore he would never be back and said some mean things, and I lost a customer. He probably went and told all his friends as well. Nine friends more than likely. Or maybe he'll write a blog post. 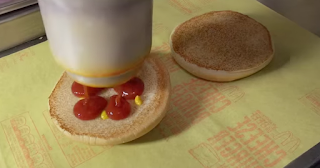 Too much ketchup on your burger? Not at McDonalds.

There's two ways to lose a customer, one is treating them poorly through bad customer service. The other way is the irritation and anger that comes from inconsistency of experience. It's why people give in and just go to McDonalds even though the independent burger joint is often better. It's not always better, just often. Often is the enemy of consistent experience, and McDonalds may be kind of mediocre, but it's always mediocre in its consistent mediocrity. In any case, there is often a sliding scale of bulk CCG product, but there is only one game where we have this chaos of allocations and commodity pricing, Magic: The Gathering.

The shifting scale of commodity pricing and allocations adds a level of unprofessionalism to the game trade. It makes us all car dealers, makes everything negotiable in the eyes of customers, and lowers overall customer service. Every retailer thrives for consistency of experience. Wizards of the Coast believes these allocated products are a type of halo product that accentuates the brand, and they incentive their entire retailer marketing scheme so retailers chase these allocated products. The joke is they only care about "butts in seats," with their WPN program, but as retailers, we chase butts in seats in order to get these commoditized products. Everything about that program is designed to devalue the product while spreading the reach of Wizards of the Coast. It's great for them, but a terrible, inconsistent experience for everyone else. The halo has morphed into horns, trampling consistency of experience, and I think it's time to be discarded. 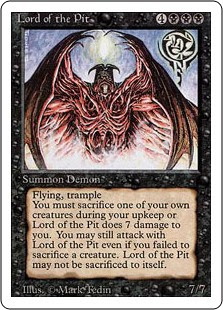