I was in Mexico on vacation thinking about retirement and realized what I really wanted was to step up my Dungeons & Dragons game a couple notches. I've been running at home for my regular group for years, but I needed more. That's when I discovered the West Marches style online. It seemed to be exactly what I was looking for, as it requires the players to bring the motivation to explore your world. This was also while I was studying Matthew Colville videos, so sharpening up my GMing skills seemed to be a good fit with this style of gaming. 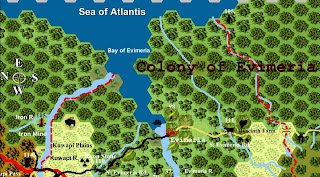 The problem with running a game for years for the same group, is they get fatigued with your schtick. They're excited at first, but after a few months, they show up to the game to be entertained. They show up because Sunday is game day. You as GM are therefore in this position of needing to provide continual, free entertainment to a group of individuals, pretty much in perpetuity. This is why GM burn out is a real thing, which for someone who considers this their primary hobby, feels like a terrible sports injury ... of the brain. Before this campaign idea, I built an entire world, wrote a player's guide, got player buy-in, and trashed the whole thing. The campaign setting was not the problem, it was the format of play.

So I moved forward with West Marches at the store, while running the same campaign at home in the usual format. As a store owner, I have a pool of players to draw upon, thankfully, so I queried our RPG Facebook group and started a West Marches style group. I needed at least 10 players to ensure it didn't fall back into a standard campaign format. Up to five players form an intention to explore something in my world, they query me about my schedule availability, and we do it. Five is the perfect number, because we can still play with four, yet six is too big. Group fault tolerance.

We're on the second session of this campaign, where there are now two groups exploring the same world. Somewhat in parallel with my home group . My home group is an elusive group that are never quite around. So really there are two player groups of adventurers and essentially an NPC group of adventurers (my home group). This creates yet another layer of verisimilitude. The world is very much alive and doesn't owe you an explanation. Things happen, get on it. 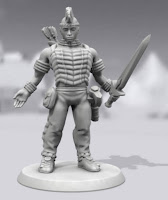 I'm thinking I would like a few more people in the pool, because my biggest concern is one group falters and we end up running a conventional campaign at a set time, which is fine but ends up with the same motivational pitfalls that West Marches attempts to overcome. The first session adventurers gave themselves a name, and I'll need to talk to them about not doing that. The large group are on the same mission. They are required to share information, including a magical map, and are not intended to be competitive or even separate. There should be flow between groups, with no individualized "groups" to speak of, although scheduling might result in this, as most players seem to want a set night. Perhaps when they're motivated to go on a specific adventure, they'll be willing to change their personal schedules to come on an off night.

So what am I running? The Colville style would be to have a large sandbox with some preset towns and adventures out there, often of the store bought variety across every edition. I will do that one day. Instead, I've got a hex crawl where most adventures are short and either home made or modified from one shot adventures. I have a lot of experience with hex crawls and understand their pitfalls and limitations, and so far it's going well. My concern with long adventures is groups go down rabbit holes and now they're by default a member of a separate group, as they're out of commission for weeks of real time.  My hex crawls tend to be intricate webs of interconnected groups, all of whom think they're the hero of the story, yet none are very heroic. There's a lot of politics interspersed with monsters and treasure. This grayness means picking sides is not so easy, and defeating one enemy is to by default choose to side with another. 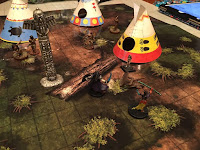 The campaign goal is to colonize a region inhabited by indigenous peoples, bandits, and monsters, at which time they'll use Colville's Strongholds and Followers to hopefully defend themselves from an angry empire from which their new colony is seceding. All of this implies a timeline of various political actors and it will be interesting to see how that interacts with the various adventurers who are often doing different activities at different times. In my (second) session this evening, there will be fallout for a new group of recruits based on actions of the last group of adventurers, which may be directly related to their actions or just a timeline event based on their just existing in the world for a period of time. Meanwhile, my home group moves forward, leaving echoes of their activity in the world. Who are those guys!? 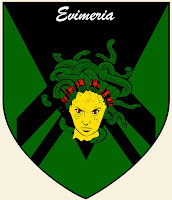 Another down side I see with West Marches is the campaign isn't tailored to the characters as I would do (and am doing) with a home campaign. There are eleven players with eleven backgrounds and I honestly can't put a lot of that information into what's essentially a pick up campaign. What I need to do, and I haven't expressed enough I think, is attempt to get them to align their characters with the world, rather than the world somehow serving their back stories. If your back story doesn't match the world, perhaps it's not a good back story? Or as Colville would recommend, keep character back stories light and be on the look out for a concept or issue to glom onto as your motivation. It's much easier to decide you're a revolutionary with the colonists than insisting the DM allow you to find your missing sister, kidnapped by hobgoblins.

Wish me luck! There is plenty of time for this to go off the rails. 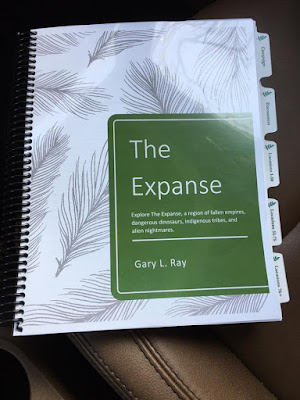