As a store owner, I'm always curious to see what D&D miniature customers are buying. Are female miniatures languishing on the shelves? Are there races rarely played? Nobody really knows for sure who is playing what, and the manufacturer was polling retailers after the first print run trying to get a grasp on what was actually selling. So just for fun, here are my numbers.

These are in percentages to avoid the inevitable measuring of our retailer prowesses. It only includes the character models, of which we have every one. We have been good about keeping these in stock too, often ordering multiples to avoid outages. I can't say that about Reaper Bones, which I'm less excited about. Overall, in the last year, we've sold about 800 character models. Here's how it breaks down. 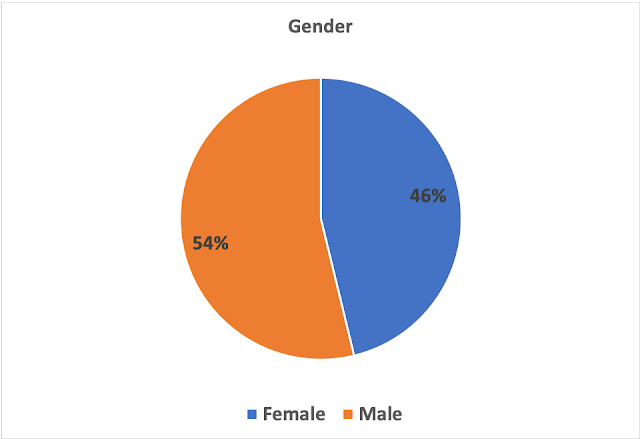 With an almost even split, I think this represents a change not seen in previous years, many more women playing Dungeons & Dragons. 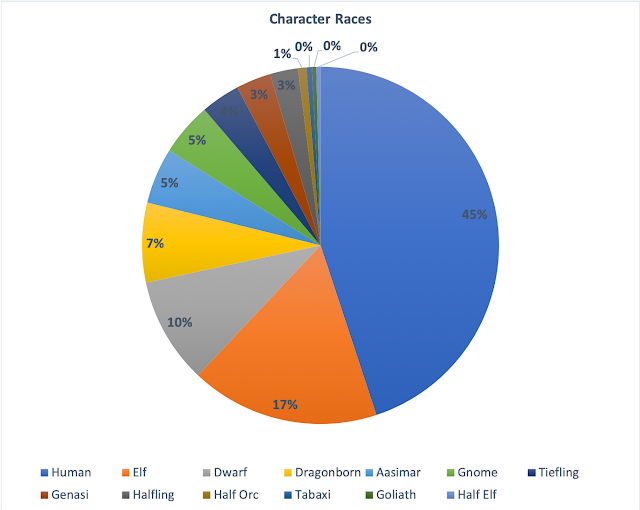 The human centric party is no surprise here, as we see them take top billing in the rules. I'm a little surprised to see Dragonborn so high up. Half elves can pass for elf or human, so it's no indication of a class choice to see them last. 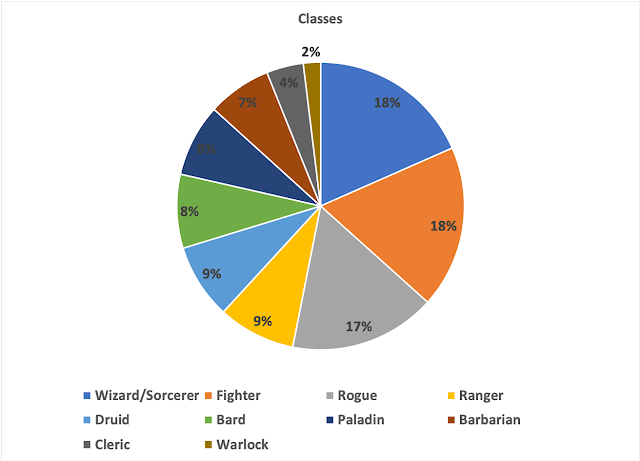 The wizard edges out the fighter, and the rogue is up there, but where is the cleric? I had to go through the data a couple times to be certain the cleric was a poor seller. The four archetypes certainly aren't reflected in sales by class. The arcane spell cards sell twice as many as the cleric, by the way.
Posted by Gary Ray at Thursday, February 07, 2019