The Storm is Everywhere

Stewards is how I describe our relationship to the gaming subculture. The days of stores as taste makers are long behind us, although you can leverage and channel interest through events and demos. I felt this strongly selling role playing game during the holidays.

We certainly sold our share of gaming books, but with the slower, wiser, release cycle of 5E, there are a tremendous number of players who just don't need any books, most of the time. The sheer number of these new customers and the slow book release schedule meant dice and miniature sales have been stratospheric in the trade. You couldn't have enough of either in 2019. Customers have money and they want to spend it and it will be with you, or increasingly, elsewhere. This season I could feel the Etsyfication of the hobby.

There have always been low volume makers of stuff for gaming, but players are now tied into an omnichannel environment, where games are bought and played and talked about virtually everywhere. We are just one channel and perhaps not their primary. I know game trade buyers at distribution and they do their best to follow trends, but there are just too many makers and Kickstarter projects to keep up with and not enough budget to follow every line.

We have customers that have gravitated away from our sales channel nearly entirely, as well as those who live and play the games we sell without knowing or caring we exist. It's not that they have better options (selection and price), like in the past, but they have different options. Their experiences and purchased products only have vague overlap. My store is full of customers three nights a week, and if I could just read their mind, tap into their other channels.

I had holiday customers arrive with a list of titles with little resemblance to my reality, as if they were stringing random words together. There is not a strong understanding amongst casual consumers that these channels don't merge at the end point of brick and mortar retail. When that light bulb goes off, we'll find ourselves marginalized, if we haven't been already. Who wants to shop where they sell half of what you're interested in, when there's a source with 100%? If you have the budget and the knowledge, attempting to get in on the action of another channel is a wise move, although you'll never really tap the potential of the other channels. You don't need to be all channels but you don't want to be the worst channel. You don't need to outrun the bear, just outrun your buddy.

Breaking out of our channel requires budget, insight and being on trend. As I get older, I am often not on trend, such as my mystification as to why people watch hours of gaming when they can just do it. I understand why people watch professional sports, but gaming seems more accessible, especially when there's always hours of research and prep for a D&D game. I mentioned this on my personal page and have been educated, so you don't need to explain it to me. I get that there's evolved mastery of the game on display, rather than a scripted farce, which is what I see because I'm so very far from personal mastery of the game. I'm more in the Colvillian camp of slight deviations from the baseline.

The new D&D book, Explorer’s Guide to Wildemount, is a web series tie in by Matt Mercer, of Critical Roll. Even Wizards of the Coast has no choice but to get on trend, to figure out what players want, and of course, they are omnichannel oriented, including deep discounting on Amazon. The grognards like me shake our fists, demanding a reboot of Planescape, much like how the grognard retailer in me shakes my first about those deep discount Amazon D&D sales.

But Wizard's knows to follow the trends, to tie into the energy in the room, to play the channels. My employees weren't even alive when Planescape was published, which is true of most customers. Maybe ride the channel while the riding is good? Critical Role is right now, at the subcultural forefront, with 758K subscribers with dozens of videos with over a million views.

These problems are opportunities, don't let me depress you. These are problems you want to have, the catching of raindrops in a thimble during a hurricane. The mass marketization of the game trade is really an omnichannel endeavor, as the mass market is mostly dead. Hobby game stores are closing in droves, as they're unable to catch enough water in their thimbles. The smart ones, the larger ones for the most part, are making larger thimbles, sometimes creating their own literal channels. We saw the clouds and knew the storm was coming, but we were wrong about its origin. The storm is everywhere. 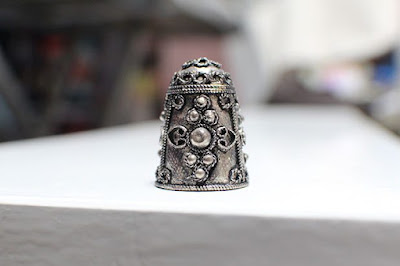 From Deedle and Thread