The news of the rise in national retail sales for January was quickly pounded down yesterday. By this morning you had to search for the articles. The sales numbers marked the end of six months of a retail slide. You would think this would be a glimmer of hope, but it doesn't resonate with most reporters take on what's happening, so it was quickly dismissed by the end of the day. It's not that I don't believe the national economy is in trouble, it's just that so much of our problems are based on psychology. I think it's something like 90%. I've learned that economics equal psychology, while I used to think psychology had some influence.

It's the belief that we're heading into a deep recession that has companies laying off hundreds of thousands of people. Economists agreed last year that large companies were running lean and mean, having learned the pain of layoffs from the last recession. Nevertheless, the market practically demanded or at least expected big companies to lay people off, and that's what they did. They were laid off mostly because of the expectation of problems, not because of problems. It reminds me of a scene from my favorite movie, Fifth Element, where the evil Zorg, played by a lovable Gary Oldman, is told that the economy is heating up and his aid suggests firing half a million workers from Zorg Industries. "One million." Zorg tells him out of hand.

As a business owner, economic news has me almost paralyzed. It's not that I can't run my business, it's that common wisdom says that it would be downright criminally irresponsible to take chances right now. Hire an employee? Expand my business? My sales numbers say yes, but all external sources say I must be out of my mind. Pay down debt; hunker down. The real goal of the stimulus package is to get small business owners like me, who account for half the business activity in this country, to start acting normally. It's 90% psychology.

So what do the national retail sales numbers tell me? They somewhat vindicate my experience that things aren't as bad as believed. I think most consumers have quickly adapted to our current scenario. I call it "baseline fucked." Or "How I stopped worrying about the economy and started living my life again." It's been my experience that once you give up hope, you feel a lot better. Congratulations American media for stomping out hope. 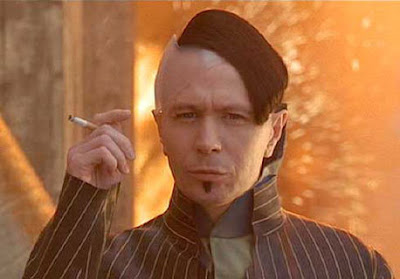