Six weeks ago we announced pricing tiers for Scars of Mirrodin, the upcoming Magic release. Those who paid cash got it for $95, the Visa/Mastercard/debit price was $100, and those who paid Amex/Discover pre-ordered for $105. This was in response to a new law that allowed tiered pricing for credit cards; the cash discount was always something we could have offered. That promotion ended today as the new set releases (come get some). The results were interesting (but hopefully not as inflamatory as my last little experiment).

First, we sold a ton of boxes for the first time. There are several reasons, including Scars being a good set. There's an old sociology story about a factory where they studied how lighting effects productivity. They made it brighter and productivity went up. They made it darker and productivity went up. Sometimes when you pay attention to people, they act because ... you're paying attention to them. Humans do that. They call this the Hawthorne Effect. That's a big reason for our higher sales. We posted our experiment on the blog, Facebook, and put a sign in the store. So the big take away sales-wise, is promoting something gets results. Can I get a collective "Duh?"

Second, somewhat related to the first point: as our price got lower, we attracted quite a few more people. Some of them were our regular customers, but there were also quite a few sharks. If I want to use my own nomenclature, they're more parasites. These were Internet Magic buyers who sensed blood in the water (I still want to call them sharks). They came in looking for even lower case prices. They saw us bending and wanted to see how far. If you want a reason to never discount in store, to clear out dead inventory off site, and to avoid any blood in the water, this is a good example of why. A couple even wanted us to slip them boxes before the release date. Major time wasters, this lot. I haven't seen this happen in my store for years and I think they were clientele from one of my competitors who flips a lot of boxes. There's your card player loyalty in action. It made me realize why Magic makes me cringe, a commodity product that I put on the same mental level as soybeans and hog bellies. It's a great game, with some fine casual players, but the economics of it are just wretched and it makes people dicks (just look at me now).

Finally, the meat of the issue, the take away, our percentage of cash sales was 89%. Another store that mirrored our offer got a 50% cash buy rate. The goal was to educate our customers on how expensive credit card fees our to our business and that seemed to work. Our normal percentage of credit transactions is 75%, but for Magic boxes it's pretty close to 100%. We also didn't get any Amex purchases (there's usually one or two guys looking for another point back from Amex).

How do the economics really work? The real difference between cash and credit is much less than the 5% price difference we were charging, 10% for Amex and Discover. It's about 2% for Mastercard and Visa  (we pay 1.6%) with debit at a flat $.65 fee. Discover is only slightly more than the first two, with American Express at around 3%. If I were to do an experiment like this again, I would probably include debit with the cash price, if for no other reason than to have a discussion about how much cheaper debit is than credit. It also counters the banks, who now encourage consumers to have merchants run their debit cards as credit, since they get a cut of the higher fees I'm paying. Two can play at that game.

So the meta. Are these open discussions about business a good thing? Is piercing the veil of company image and carefully manicured marketing buzz the way to run a retail store? It works for me. My customers appreciate the insight. Those who want can ignore it. 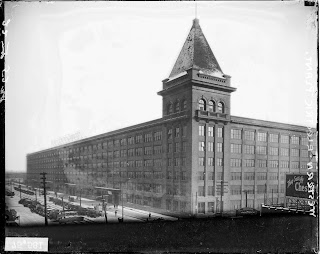 The Hawthorne Works
Posted by Gary Ray at Friday, October 01, 2010