I was inspired to write this from the Steve Jackson Games 2011 Report to Stakeholders, Posthuman Studios 2010 Year End Review and the many candid blog posts by Fred Hicks at Evil Hat Productions. If you read all these reports, you can get a kind of game industry pastiche of what's going on out there. I'm also inspired by our February sales, possibly our best non-December month ever. I'm a cocky bastard when things go my way.

Overview
Unlike a publisher, retailers are far more reluctant to share their sales numbers. If someone wants to compete against your cool RPG, good luck with that. Numbers are not going to help them to any great extent unless it's to better understand market potential. If someone wants to put a store a mile from you because you told them you're making money, or don't like a particular line of games, that was your mistake.

Nevertheless, I think some sharing can illustrate what kind of business we run and our scale. This can often be helpful for our stakeholders and has been instrumental in getting some love from several suppliers. I won't give exact numbers, but as you might have read, we converted Black Diamond Games from a California LLC to a California corporation in early 2010. We did this because of California's punitive LLC fee structure for companies grossing over $500,000, compared to the corporate structure, which taxes based on profit. California also treats their LLCs as their whipping boys and budget balancer and it seemed ridiculous to continue playing that game. California can generally bite me, but that's a whole different post. So you can safely surmise that in 2009 we grossed over $500K. The good news: sales in 2010 increased 6% over 2009, despite having a down Q4.

We accomplished this with four excellent part-time employees, along with myself working full time. We're open about 100 hours a week, to give you an idea of how we both achieve our sales numbers and the extent of our labor expense. When we opened in 2004, it was just me working seven days a week (around 60 hours) with a store less than a third the size. Times were simpler back then.

Scale
From what I know, this puts us in the top five stores in Northern California, perhaps top three. I refer to these stores as the "alpha" stores, the ones likely to have a full spectrum of games in a variety of departments and are generally on the cutting edge of new releases and game industry trends.

Both scale and gross sales of these alpha stores are not hard to guess for experienced retailers. Anyone who knows their stuff can walk into a game store and get a general idea of sales volume based on the quality of their inventory and the sophistication of their operation (such as its muggle appeal). I've seen others do it (I'm looking at you Chris Shorb). Some of those stores have shared their numbers with me as well, since none are direct competitors.

Show Me the Money
So did we make money? Kinda. We made investments in 2010, like those Yugioh Duel Terminals, now our number one selling item in the store. Then there are the expected unexpected expenses, like how we got hosed by PG&E with their graduated billing and had to pay a couple grand in accumulated power bills to get off it. There's always something, like the previous years enormous common area maintenance bill. We mostly paid off a lot of debt from our expansion with our profits. With left over discretionary income, we invested in loss control technology, AKA new display cases, along with expanded staffing to prevent theft. 2010 could best be characterized by the request: "stop stealing my stuff."

Staff hours increased by 24% in 2010 as we beefed up coverage and attempted to jump start events with staff organizers. One of the few but consistent complaints about the store was how we were understaffed during peak hours (yes, I learned this from Yelp). We honestly couldn't afford it, but I wanted to see if better staffing increased sales. We spent a lot of money addressing that issue. So that's my way of saying we didn't really make money, but we made the store better. My investors seem to like that reasoning ... for now.


The Winners
If you want a reason to be diversified, check out the big swings in the winners and losers:


The Narrative
All store owners weave a narrative from their numbers. What's my narrative for the winners? RPGs made a blazing come back thanks to both Pathfinder and the explosion of FATE based games. CCGs had a banner year with strong Magic releases and fantastic Yugioh sales, thanks primarily to our fantastic organizers and the number one item in the store, the Yugioh Duel Terminals. Euro board games continue their popularity and we had a big sales increase (around 55%) with Fantasy Flight Games over the holidays, thanks to deeper stock and their AV program.

My winners narrative is probably more accurate than that of the losers. I tend to be harder on them. Collectible miniatures are dead in our region, and we saw the cancellation of D&D miniatures and Heroscape, with Axis & Allies miniatures in the doldrums. We do plan to support Heroclix with their next release, so I am stubborn, if nothing else. Despite doubling our classic game selection in 2010, they continued to slide. I felt I was practically daring customers to buy the twenty different backgammon sets and fifteen cribbage boards of various sizes and quality, but they refused to take that dare. I do believe this section of the public can be safely ignored.

Miniatures were way down, but partially because we've stopped taking a lot of chances on them, meaning we have leaner inventory and higher efficiency, which doesn't help sales. I just got tired of baskets full of "dead lead." Thus paint also took a hit. Finally, miniature games were slow in 2010. Games Workshop reported lower sales (down 4%) with their lackluster releases and on top of that we dropped Flames of War, which caused a lot of short term pain in 2010, but left us healthier overall. Tactical miniatures would have been lower if we hadn't put a lot of effort into staff run miniature events.

In reality, my narrative is self selecting with the variables I considered important at the time being paramount. After all, a lot of this is dependent on what we did the year before. If we sold a ton of dice at a convention in 2009, we shouldn't be surprised when sales are slightly down in 2010. It's easier to remember some minor detail instead, like how a manufacturer brought out lackluster releases or how we stopped carrying a product line.

Plans for 2011
You know all those businesses that refuse to expand and instead are debt phobic? That's us. We'll bring in all the new hot stuff, but as you probably know, that's a zero sum game that requires slow stuff to get moved out. Honestly, at our business scale, there's very little we can't decide to bring in on a whim. You just don't get a lot of those whim purchases without feeling the pain. I believe our store could expand inventory by about 30% with our available space, which is why we'll likely extend our lease another five years, if we can come to an arrangement this year.

We could use more event space, but we honestly have a scheduling crisis rather than a space crisis. All businesses have problems, but there are good problems and bad problems and our impacted events are in the category of good problems to have. We'll be tightening up our events in 2011. We hope to do more tournaments for our CCG crowd, enhance our monthly RPG club and develop some new miniature events. I swear half the effort in the store goes to events.

What else? With plans not to do anything dramatic in 2011, we've been re-examining some of our procedures. Our new employee, Pat, has been pointing out procedural holes that need filling, mostly areas that I've ignored because they don't interest me, but are glaringly obvious and highly annoying when they're delegated. Things like special order procedure, event documentation and standardization, logging damages and returns and all sorts of yawn inspiring business junk. I hate this stuff, but the store would be better because of it. It's also a pre-requisite for opening additional stores, which could happen one day.

Marketing is a big issue right now, with the acknowledgment that 2010 was characterized partially by a failure in marketing. We've gone back to some tried and true methods like cable TV ads along with some surprisingly effective new methods, like Google advertising. My love affair with Facebook is over.

Finally, I'll be going to my first trade show in three years, the Gama Trade Show in Las Vegas next month. I love learning about what other retailers are doing and seeing new games. I'll also be giving a presentation on our method for selling Pathfinder. That's probably not surprising. 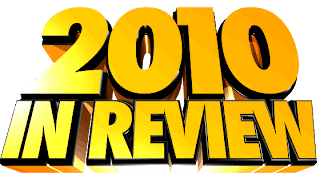