It's a week of uncertainty coming off an amazing weekend. Our Magic Mirrodin Besieged pre-release on Saturday had 40 people, a significant increase from previous events. Our Yugioh Duel Terminals, with the new Duel Terminal 4 cards and major software update, outsold sales from the Magic pre-release. It was mind blowing and we sold out of our month supply of cards. It foretold a blockbuster weekend this week when we held the Storm of Rangarok Yugioh Sneak Peak (their pre-release). Alas, the winter storm, the Snowpocalypse, is putting a chill on this build up of steam. Our Magic order for the release tomorrow (along with new D&D) and our Yugioh Storm of Ragnarok boosters (ironically named), are both delayed. Our Duel Terminal 4 restock order hasn't even been processed yet, as Konami is focused on getting Sneak Peak kits out the door.

Both orders are stuck in Hutchins, Texas, a small town outside of Dallas where the Southern Fedex distribution center resides. I felt I should learn more about this old railroad town, since it seems to be such a big part of my business. The key thing to know about Hutchins it is it's currently covered in ice. Knowing where our boxes are sitting offers a small amount of consolation to all this. With any luck, our orders will go out today and be delivered tomorrow, but it's highly unlikely. Both Konami and Wizards of the Coast have essentially let us know they've done their work and now it's up to Fedex to close the deal. Both orders have sat at the distribution center for days at this point.

Our customers have been really good about all this as I post Facebook updates and email our event coordinators. What we know about customer service is people want to know what's happening, whether it's being stuck on an airport tarmac or waiting for your Yugioh cards. By updating them, you avoid panic, work some damage control and get ideas on how to fix the situation. For example, we've been able to second source enough Magic to run our events this weekend (plus we have a ton of pre-release boosters left over). Yugioh players are already thinking about having their Sneak Peak next weekend instead of this weekend. Most have no idea what's going on in the rest of the US and are skeptical of the bad weather issues, especially as our local weather is the best in weeks. However, they're letting us know that despite Snowpocalypse, it's not the end of the world. The upside to communication is a helpful conversation, something I forget sometimes. 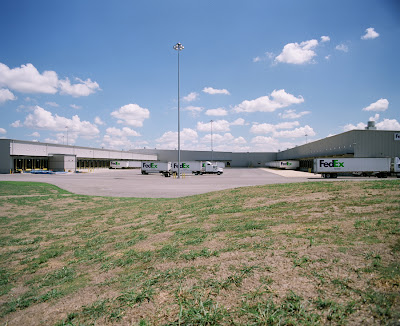