One of the guys who works at the store is taking a small business management class and asked me what my first six months were like. Here are some highlights:

Let me know if you have any questions. 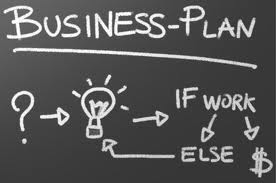