Six Keys to Not Failedness

I've been asked twice in the last week to talk about the secret to my success, which both assumes I consider myself successful (not really) and that there's a method I'm aware of (I'm not). I consider myself to be in a state of "not failedness," one where I'm not in an imminent state of failing (how I felt about the first four years), but not quite successful. Success for me is about the next step. The next step could be paying off debt, opening a second store or drastically expanding store offerings. I don't believe in a business steady-state. Great for you if you do.

As for success, here are some of my methodologies:

1. Metrics. I measure everything. If I can't measure something, I'm unhappy with it. We track all our inventory, event data, employee data, customer sales and of course, income and expenses. There are things I can't measure that bother me. For example, I know we've doubled our Magic singles sales in the last year, but I haven't calculated our buy costs, so Magic singles don't interest me. They are suspect, the data is murky, and I grudgingly support them, even though I know they're making me money. I won't be happy until I have reliable metrics. Things I'm not certain about tend to bother me.

Metrics allow me to make informed decisions and keep me impartial. It allows me to drop a game like Flames of War yet keep a game like Warmachine, even though their sales metrics are similar. My gut said to keep it, but my metrics said to say goodbye. Metrics showed Warmachine players were multi-genre gamers while Flames of War players weren't, thus losing a Warmachine player would have worse repercussions than a FoW player. My gut said to dump it, but my metrics said keep it. Sound ruthless? Hey, I just looked at the metrics; nothing personal. Metrics keeps me from over investing in what I love and dumping successful things I don't care about.

2. Listening. I'm not an expert on anything, not in business, nor in gaming. There's a Zen saying: "In the beginners mind there are many possibilities, but in the experts there are few." This means that by keeping an open mind, by considering all sources, by removing your ego from the equation, by ignoring your forgone conclusions and prejudices, you can make clear, unbiased decisions based on all the information. Sure, there are areas we won't compromise on, things we won't carry, events we won't run, but they are based on a lot of listening and a clear plan. The plan does not include me as the center of attention. This is why I work days, the time when business is done, and let the guys work the event filled evenings and weekends.

Listening includes employees, customers, suppliers, and manufacturers. I'm open to any good idea, really, and I've tried a lot of dumb ones and failed at many. Knowing who to listen to is something you develop over time, but it's critical. There are people I wish I had more time to listen to, retailers I would love to network with and game developers I would love to schmooze with, but I generally don't have the time.

3. Work-Life Synthesis. I don't believe in work-life balance. I'm not a factory worker or a cubicle drone so I don't need to get away from the evil overlord when I take time off. I am the evil overlord. I work pretty hard, but I work hard doing what I want to do and delegate an awful lot of what's left. Some of what I delegate is the favorite part of other store owners jobs. If you could only do the fun parts of your job, wouldn't you want to take it home with you? Doing this means I can work 65 hours a week without burning out or feeling "owned" by my business. I've never been happier with my work or my life than now.

4. Product First Prime Directive. My understanding of retail is that my job is primarily to have the stuff you want, when it's supposed to be available. Everything else is garnish. I can't be deterred by my purchasing budget, the rent being due or what day I feel like ordering. If your game has a street date of Wednesday, I get it by Wednesday or I've violated the prime directive. If you don't have the stuff, at the time you're supposed to have it, in sufficient quantities, what good are you? The same is true with special orders, which we do a lot of thanks to trusting customers.

The way I achieve all this is Open to Buy, a process that allows me to separate product purchases from the general business budget. It means there is money to buy product regardless of what's happening in the business. Sure, you can bend this budget for reasons outside of purchasing, but a healthy operations budget will allow for a healthy Open to Buy budget.

5.  Wheaton's Law. Also known as "Don't Be A Dick." Part of being a bit impartial and metric driven is I try not to judge. I game. My customers game. They may not play the same game I play, but who knows? I'm old enough to avoid condemning others because I've grown into being that guy many times. Well, I at least try really hard not to be a dick (the Yugioh crowd frustrates the hell out of me). So I try to be impartial with the games people play, the way they play them, and their own orientation to the world. I deal with a lot of highly functional crazy people. I'm alright with that. And you know what? You might end up liking them. They're mostly pretty cool people.


6. Planning (Luck). Planning looks an awful lot like luck from the outside. The store location was selected by analyzing a 150 square mile area and determining the best place for a store. This was fine tuned with the second store by using customer zip codes to triangulate the best location. The business plan was researched and tweaked based on best practices and revised when new information became available. I talk about each next step of the business incessantly before I act upon my plans. A second store? A second story? A coffee shop? A sandwich shop? A mall store? They've all been investigated, budgeted, scouted, and bounced off smart people who will listen. One day I'll probably turn one of those ideas into a formal plan and just do it. It will look capricious and will hopefully work because I got lucky. 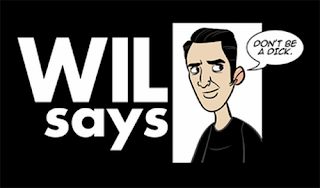