The trend lately has been to shift the risk of carrying inventory to the retailer. The manufacturer makes a set quantity, the distributor offers a short window to retailers for ordering this product, and once the product arrives, it's all there will ever be. Sometimes it's just one product, like with Games Workshop's Dreadfleet, which is fine, but other companies have changed their entire business model towards forcing the retailer to shoulder the risk.

We see this from WizKids with Heroclix, Konami with Yugioh, and increasingly from Wizards of the Coast with Magic: The Gathering. These companies also tend to limit supply, even with pre-orders, ensuring there is no product available for a second order if the retailer runs out, forcing them to buy everything up front, and often leaving them in the cold when they inevitably run out.

This means that stores like mine have to buy thousands of dollars of new, unknown product, blindly. We can do some research, but nobody knows what products will run hot or cold until they're actually released. We put all our money up front, removing the risk for both the distributor and the manufacturer, and bet the farm repeatedly that the latest release will be a hit. It's a rather cynical way to sell a product, actually. Games we love become mere widgets that need moving before the shine begins to fade. There's no need to learn about the product, especially when it's offered in limited quantities. Stores end up treating customers with less respect as well. Buy it now, at whatever price we deem it to be, or suck eggs.

Inevitably it is the larger stores that do well in this model, as smaller stores can't afford to stockpile the thousands of dollars of necessary product. Our purchasing budget is about $8,000 over budget this month as all these companies have hit a perfect release storm. This is an amount of money that most stores can't just absorb when the bill comes due. This means that small stores lose to the Internet or larger competitors, which is not good for the game trade. Small stores bring a lot of energy to the game trade that larger stores often can't.

There is also no incentive to provide any organized play or events for items that will wash over the store and sell out in a short time.Why should I even learn about the contents of a box when the manufacturer has already declared it a one-shot widget? Those games, which are really the top selling games in our trade, are debased with these policies, devalued by retailers who see it as a one-shot cash cow, and inevitably they suffer because of this. Sure, there's excitement generated by the fan base, but all the benefits of this are at the top. Retailers report customers in their game centers playing with product bought at Wal-Mart or Target because their store couldn't provide it to them.

These widget releases also make us take our eye off the ball. The true, regular, rent paying sellers in the game trade are the sedate and steady role-playing, miniature games, and board games that rarely get such attention. When my CCG sales are up 300%, or I'm $8,000 over budget, do you really think I'm working meticulously to plan the next 40K or RPG event? Hell no, I'm high as a kite. I've got to burn off some energy and it won't come from Space Marines Tactical Squads. And when those CCG sales plummet and are down 30% when the next set sucks, what skills and practices will I have in place to keep the store alive? How has the staff atrophied from spending their time selling widgets and pricing singles?

As a retailer, I find this shifting of the burden financially destabilizing, demoralizing for staff and myself, and organizationally destructive as our sales and event skills for our core games atrophy. There is a reason veteran gamers hate these games. They can see these games are generally destructive to the entire gaming ecosystem. 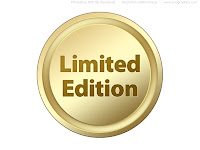