Do the Job, Get Paid

I once worked for a consulting division of ADP. It was one of those soul sucking jobs with mysterious politics, rampant cronyism and team building exercises. My boss was a Volvo fanatic. Not just a driver, a true fanatic. I'll just let sink in for a minute for you car guys out there. That's like being an enormous fan of the color beige.

The company emphasized their cult-like corporate culture to distract from some abysmal management decisions. I recall a team building exercise with my department. We went horseback riding and I was scolded for not staying with the group, as if I knew how to handle a horse. That was clearly not in the job description. The ancient animal took off with me barely hanging on and then attempted to knock me off its back at great speed by running under low tree branches. What a perfect metaphor for my experience at that company.

One day they rolled out an anonymous survey where we were encouraged to rank our job satisfaction, including how we felt about management. When the results were back, there was a meeting. Apparently there were some miscreants in the ranks who thought management was doing a lousy job. Since management had no intention of leaving, it was they, the complainers, who would be tracked down and rooted out. The funny thing was, at this point I was too jaded by their antics to care. I spent my time studying for certification exams for my next job or carefully recording the failure of the project I highly suggested they forgo, you know, because of the failing. It was those who were devoted to the company, who wanted positive change that were punished. Eventually I was laid off because my project hadn't worked out (duh), and my first response? "What took you so long!?"

I mention all this because of what I'm reading in the news. I'm deeply offended and troubled by any employer who attempts to tell their employees how to run their personal lives, including voting. In any direction. It seems like such a great way to drive out those with vision, who have the creativity to positively change their business. It's just so soul crushing and antithetical to the American spirit. If you ordered me to do exactly what I wanted to do, I would investigate the opposite out of principle. It's really simple folks: You do the job; you get paid. I'm hoping as the economy improves, and it is improving, that those working for such companies seek freedom, asylum from their jack ass employers. Until then, watch those low hanging branches and avoid surveys. 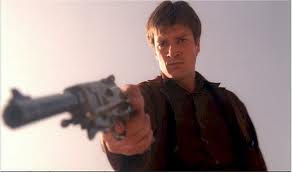 "I do the job, I get paid. Now go run your little world."