In my last life, I was a network engineer and architect. Among my certifications was the MCSE, Microsoft Certified Systems Engineer (now referred to as Solutions Expert). As a solutions expert, I was expected to come up with technology that solved business cases, usually in a Microsoft environment.

As a business owner, my priorities are different. I don't really care about the environment, the infrastructure, or whether the solution has a certain technological purity to it. It started with phones, the iPhone being my gateway into the Apple world. It was the most revolutionary bit of technology I had ever encountered, allowing me to keep in touch with my business anywhere in the world. I recall the wonder in logging into my server at work while my wife was driving down the 101. Plus it naturally fit with my marketing efforts, sharing photos and status updates on our Facebook store page, now one of the top game store fan pages in the world, by fan count.

I'm not concerned with rooting my phone and running alternate operating systems like my tech friends with Android phones. Nor am I interested in the various arguments over the evils of Apple. I want to be socially responsible, but there's plenty of evil to go around. I have a business to run, not a team of geeks to impress (although I suppose I still have that).

Then there are laptops. My first lesson in large store security occurred in 2007 at our new (current) location, when a homeless guy with gold teeth snuck into my office and stole my creaky old Thinkpad T40. I had neglected to secure the area, faith in humanity still existing somewhere within me. The Thinkpad had been my trusty companion for seven years, and the replacement laptop was already on order. The Thinkpad was solid, worked perfectly, but had grown painfully slow over the years, despite reinstalling the operating system multiple times. Seven years is a good run, and back then, speed was the main driver for laptop replacement, not durability.

My next two laptops demonstrated what the PC laptop industry had devolved into. I had carefully researched them, but they were tragically flawed and unreliable. They each lasted a couple years before dying, the last one, a high end Samsung, would send an electrical short through the system if you touched it without being grounded. I had a little ritual at the store where I would rub the metal band on the display case before touching the laptop. I still find myself doing it with the new one. I'm convinced the PC laptop industry is beyond redemption, shown by my willingness to spend anything to get a good laptop, with serious disappointment following.

Then there's Windows 8, an operating system nobody wanted configured for a device that doesn't really exist. Gah. If I had to learn a new, frustrating operating system, it sure wasn't going to be that. If I wanted a PC laptop, that was likely what was going to be pre-installed. It doesn't help productivity, but instead focuses on media consumption. Did I mention I also just bought an iPad?

So last month, following the success I had with the iPhone, and happiness with my iPad, I bought a MacBook Pro. It's mostly about hardware, which is how I justify the price tag that's at least twice as much as my last laptop. The theory here, according to my friends with Apple products, is while the PC industry was dumbing itself down with cheap, commoditized hardware, Apple continued to use high quality gear. So although you pay twice as much for a laptop, a 4-5 year run is expected. It's essentially the old Thinkpad model. You spend more; it last longer.

As for the operating system itself, it's not the Mac of my youth, with the hidden architecture, minimum configurability and no available software. My MacBook is essentially a Linux box (BSD to be more accurate) running a very slick, highly supported shell. It's easily as complex, rich and configurable as a Windows machine. I can pull up a system window and mess around with the command line, if it pleases me. It generally does not. I really don't care about any of the technical bits. I have work to do and the MacBook just works. There are no compromises, no applications that I can't run on it. Even with third party PC emulation software running Windows 7 installed, I prefer not to use it.

And now I get to see how it is on the other side of the Mac debate. The ridiculous criticisms of Apple and Apple users has always been part of IT culture. There have been the accusations of "drinking the Cool Aid" or "dumbing down." I feel I owe my old Mac friends an apology, although many of my IT colleagues have since gone to the Mac, at home at least.

Today was the first time I saw the debate put into a political context, with someone accusing Apple users of ceding control to others. Huh. Bottom line though: Mac people don't have these discussions. They're busy creating stuff, or building their businesses. They don't have time to discuss how oppressed or conformist you think they may be for the tools they use. Nobody discusses the political ramifications of the hammer or the screwdriver.

As for the future, I still have a Windows server at the store, which will one day be replaced by a $300 box the size of my hand. The POS is the most annoying bit of tech at the store. It runs Microsoft Retail Dynamics, a stable system that Microsoft would like me to pay expensive maintenance fees if I would like their consultants to work with me. Perhaps there's an Apple solution for that as well. 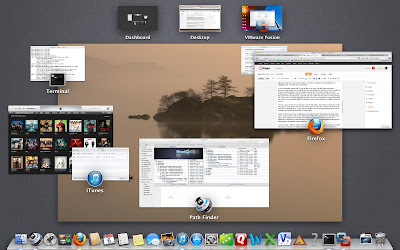