Back in August of last year, Reaper Miniatures raised $3.4 million, the biggest hobby game Kickstarter project at the time. The question was raised whether this direct to consumer appeal would undermine our brick and mortar local market, whether we would dump Reaper out of protest, or whether this would just whet the appetite of alpha customers and grow the market. It turns out to be far more complicated.

We've since dropped our Reaper paints, the full line of Master Series paints that it took months to initially bring in. We've also dropped a bunch of stock, and we're down about 70% from last August. Was it protest? Animosity? The death of a local market? None of that. It was about Reaper being unable to "fill" their product lines. They've ceded the market by not having the resources to continue their normal operations at the same time as their Kickstarter Bones initiative.

Our miniature selection is down 50%, and when our paint selection dropped by a third, we knew it was time to let that go. Reaper left us, we didn't leave them. Some rumors state they're in trouble due to miscalculation of shipping on the Bones project, but the reasons are not my primary concerns. So like a parting couple, I want to set the record straight with my friends, it was their idea.

On the bright side, as the stock dwindled down, we were able to take a closer look at our Reaper strategy, re-evaluating our relationship. Items and sections of our "wall of lead" came into sharper focus. Maybe the relationship wasn't so great after all. We decided to dump various sections as the dregs came into view. It went beyond tactical inventory management and more into strategy. Reaper has gotten a free pass for years, mostly because I'm at heart an 80's era RPG enthusiast, and Reaper is a huge part of that legacy. It would be like growing up with a poster of a super model on your wall and then getting to date her as an adult, only to find she's not as amazing as you thought.

The reality is RPGs, as much as I love them, are a dwindling sideline. D&D is dormant, Pathfinder has peaked for us (although it's still very strong), the second wave 90's games have gone direct, and we have a heck of a time trying to break into the indie scene with our local demographics. If RPGs are a sideline, then paintable miniatures is an even smaller subset of that. Again, there is love there, that supermodel will always be in my heart, but Reaper really doesn't belong in game stores, I would argue, not one that appreciates modern concepts of inventory efficiency, or you know, a strong relationship.

We're not going to drop Reaper, although it's not like I can call someone and get the 155 back ordered miniatures I want from them. What we will do is re-allocate some of that space to other companies, other projects, hopefully some other games. We're going to reboot Malifaux with version 2 of those rules and their plastic reboot. They're also a nice cross-over miniature for RPGs. What we won't do is give Reaper a free pass any longer. It would be easy to cheer a little at their misfortune, but I actually like this company, and if they want to leave me and see other people, I'll respect that. I just  don't want to be jerked around. 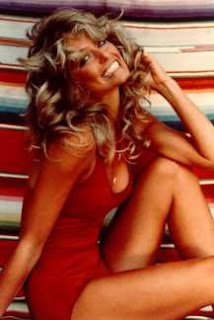