Is the game racist? Is Amazon the enemy? Will it hurt my customer relations if I re-sell it? Before I get ahead of myself, lets talk about this game for a moment. It's a Kickstarter derived game that is basically a blatant, over the top, politically incorrect version of Apples to Apples. It's an accidental success from amateur designers and it's the hottest thing in games right now. Whatever rudeness in the game was brought by the player, albeit coaxed by the designer.

It's sold exclusively on Amazon with the patent refusal to offer it to the game trade and angry denunciations of game stores who acquire it, which just about guarantees I'll want some. Deliberately or because they don't know what they're doing, the supply is almost always out, so people come to us. The demand generally far outstrips the supply.

Enter the invisible hand, or at least a somewhat twisted version of Adam Smith's metaphor. At its simplest, the profit motive will win out and a way will be found to supply the demand in the marketplace and everyone will be happy (or the social good will be furthered, according to Smith). In other words, if I'm asked to sell bags of nails and bags of nails are not made available to me through normal channels, I'll go outside normal channels. I'm not going to argue about nails, whether ten penny is better than a duplex head or whether my supplier has my best intentions in mind. I pull up my big boy retailer pants and put in my orders with Amazon.

The internal game trade debate about this practice is heated. However, there is no piercing of the veil here. It's not like people don't know you can find nearly everything on Amazon for a little cheaper. We will buy CaH from Amazon and re-sell it for a bit more in the store to willing customers who often know exactly what we're doing. In fact, we made a point of explaining this whole story to customers for a while, at least until we were sure they didn't give a damn, which was the case for most people. Sometimes they come up and explain how the Amazon price is cheaper. I smile and say, "We'll, you've got a choice then. It's here now." I really do just want them to get their bag of nails and I really wouldn't mind for this thing to just go away.

Many retailers are uncomfortable with this since it breaks the wall between the brick and mortar value proposition that we all work hard to uphold and the online discount model, which de-values the games we love and makes it hard to run a legitimate business. What happens, however, is nobody cares. We've sold over 100 copies of the game. It outsells our top board game in volume, Settlers of Catan. And nobody has pulled the curtain back and said, aha! You're just a miserable little man pretending to be something else! Everyone knows these uncomfortable facts we don't want to discuss. Brick and mortar is not a charade, it's not smoke and mirrors, it's a truly valuable community service and the trolls need to go read some Adam Smith if they don't get this. 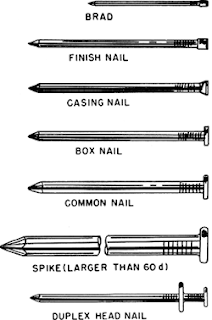