What They'll Tell You

They'll tell you that you can't have a game store. It can't be done. Retail is dead, so do what you can to sell lots of Cokes and candy bars, if you must, but nobody will actually buy games from you. Because Internet. This was common sentiment on a Reddit thread recently.

They'll tell you you'll be giving up your current livelihood, and no matter how long it takes you, the opportunity costs will be harsh. In my late 30's and 40's, I was told I was giving up my peak earning years. This is true.

Once you have a store, they'll tell you failure is imminent. The competitor has been there for 20 years. The store down the street does Magic better, does 40K better, has a better selection of Yugioh singles. How can you possibly compete?

When your competitors fail, one by one, those same people will have logical reasons for why they fail having nothing to do with the management of that business. Well, that Games Workshop store had difficult demographics, which is why they're gone. It's hard to steer a narrative. When a store is gone, they're gone. Call it a failure if you want, but they're still gone.

They will continue to be surprised when you are stubborn enough not to die. The property manager for my old landlord confided in me that they both thought I would fail well before my lease was up. How surprising I'm still in business! Why ... thank you. Customers would visit my old store in years two and three and express shock at my continued existence. Imagine someone coming into your work every day and expressing surprise you haven't been fired.

When you succeed, they begin to make excuses for why you succeeded. Other store owners will point to your superior demographics. Oh, you might have something to teach us, but your demographic doesn't match ours. Your success is special. You're an outlier, a corner case. Psst, demographics is also a choice.

They will give all the credit to your staff, as they are the ones truly running the business.  I often think of myself as the Venkman of game store owners, so I'm happy to give away that credit. They will see me come in and work my 35 hours a week at the store, but not see my 20 at home. Like the tree with invisible roots.

They will think you are lying about all of it, question your numbers, and poke at your business model to see if it deflates. They will give you bad reviews online for the sake of punishing hubris and they'll send their rejects to you to rattle your cage.

They will start protest stores, because you don't love them as much as they deserve. Then they will fail and blame you.

The truth, the reality of why I'm still in business, is I don't fall down as often as my competitors. It's a game of attrition. I don't discount, so I have resources. I don't cheat my customers, so I have growth. I hire good people and pay them well, honestly, and above board, and they grow the business. We take small chances and try new things and keep the things that work. It's not rocket science, it's just failure avoidance. What's the secret of flying? According to Douglas Adams, you "throw yourself at the ground and miss." That's small business in a nutshell.

I've had enormous boons and resources, including growing up with well educated parents with the best public schools in the country and a free college education (thanks to those parents). I've got well educated friends who understand business who could help me through the process. I had access to easy capital before the financial crisis. There are a lot of reasons I should be thankful and give credit to others, but those reasons aren't what they want to talk about. 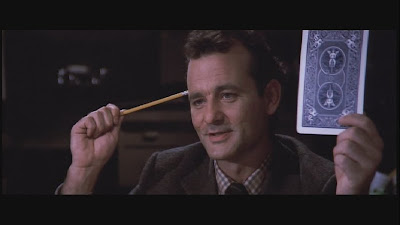