Ducks in a Row

2013 was a year about ducks, as in getting them in a row. It was not flashy, but instead, was about things like infrastructure and finance. We began the year paying off the remnants of long term debt, so that as 2013 fades behind us, the business is entirely debt free. I think I said that this time last year, but the accountant informed me I was wrong and owed myself money. A strong financial footing is important because in 2014, we're planning to take out a construction loan for our upgraded, two story, Game Center.

The IT infrastructure was upgraded, with new Sonic broadband in the beginning of the year, Nest "smart" thermostats, and a change over to Apple both for myself and the new point of sale system. New cash wrap fixtures seemed a logical choice when replacing all the hardware that sits on them, so that made a big internal change for us as well. Getting the POS up and everyone comfortable on it has been a five month project that I think I can say is still in progress. As you can imagine, Apple stuff and their consultants are not cheap, but a good POS infrastructure should last us five years.

We've implemented management meetings to not only keep up on the big projects, but to handle small changes along the way. It's probably invisible, but we've made hundreds of small improvements to the business that had been overlooked for years. These are not the time wasting meetings of corporate life, but a twice a month, agenda driven, desire to get everyone on the same page. Before this, we managed via emails, a short briefing between shifts, and the occasional lunch. Of all the things we did in 2013, this was the most important.

The big result of meetings was the discussion about this year. We made a conscious effort to back fill, to buy fixtures, to get the things done that many small businesses don't survive to perform. Everything breaks and needs replacing, and if you're around long enough you'll be doing that work. 2013 was about getting all that stuff done before we take on a life changing project that will likely tie up resources for a couple years. Are you building on a shaky foundation? At the beginning of 2013, the answer would have been yes.

Ending the year, we sold off our Yugioh Duel Terminals, which were no longer supported by Konami and required expensive repairs to continue to generate revenue. Another reason for this is we're going to need to re-arrange the store in 2014. To get to the 123 people proposed by our architects, we need to lose about 10% of our retail space, namely the back of the store.  This was the bargain I struck with them to hit the magic number I wanted.

Part of the Game Center build out will be thinking how the store has evolved over the years, how we're using space now and how we might more effectively use it in the future. For the most parts, there will be a literal shift forwards, but some areas could be pruned or removed, expanded and enhanced, or left entirely as is.

The cash wrap area will have another display case for Magic singles, since I've always said we'll expand that as events come online. We're expanding our buy list starting tomorrow. Areas like the front corner with puzzles will likely be eliminated or highly condensed. Puzzles is a thing I wish we could sell, but they don't remotely make sense financially, so they'll be ghettoized if not eliminated. 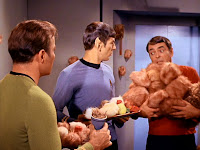 Other than that, I don't expect big change ups, as most segments of the business have stable inventory. RPGs for example, meander along like a zombie, but always seem to take up the same amount of space. Miniatures might see one game go away, but there's always plans to increase another. Board games are the tribbles of gaming and with over a thousand, they tend to seep into other areas of the store.

2014 should be an exciting year and I'll be posting more drawings and schematics of our proposed build out as more information becomes available. Our engineering study will soon be underway, which will lead to drawings beyond the conceptual, which is where the initial agreements are tested. We're expecting the construction project to take a month to complete, with likely a week to ten days of the entire back area being closed. The retail side of the store should be open during this time, hopefully with minimal disruptions.