I once heard a theory about game stores from Heather Barnhorst called Hub and Spoke. In Hub and Spoke, there is one large, regional game store with lots of little game stores around them. The spoke stores are feeder stores for the hub store, essentially providing some local services but also driving their customers to the hub, where much product is purchased and games played. That's because the hub is large, has resources, and generally satisfies the larger demands of the spoke store customers.  In the Bay Area, there are hub stores in each micro region, probably half a dozen in total. These are world class stores. We have six of them. Six. There are states without even one. Southern California struggles to have any.

When I first heard this theory, I had been running my small, "spoke" store for a couple years and found it deeply offensive. It really pissed me off, actually. The implication that I existed for the benefit of the larger business got my a bit bothered. Now that I have a "hub" store, it's not offensive any more, because damn if it's not completely true.

Hub stores have a palpable orbit around them that sucks in customers, regardless of whether they have their own local spoke store nearby. Get too close to a hub with your spoke store and their gravity will pull you in and destroy you. It's nothing personal. It's just gravity. Get out of its orbit into a game store "goldilocks zone" and you'll be alright. But, and this is a big but, you'll always be feeding the hub. You'll work to build something, but customers will be pulled into the hub's gravity where they'll make many purchases. Also as a hub store, it's pretty common to see spokes appear within your gravity zone, get crushed after a couple years, and blame it on things not gravity. My advice is don't get crushed by gravity.

Back when I was angry about being a spoke, my goal was to be much bigger (not necessarily a hub, because I thought that was nonsense). Now that I've discovered myself running a hub, I see that there are hub related opportunities available. I'm very tempted to say responsibilities, because most good hub stores are active in their communities. They're the ones who take one for the team, such as running events at local conventions, participating in community outreach and other activities that are not worth the time for the spoke stores, who are usually trying to scrape by or are too busy planning to be a hub. Because this is a business and not a charity, we'll use the word opportunity instead. 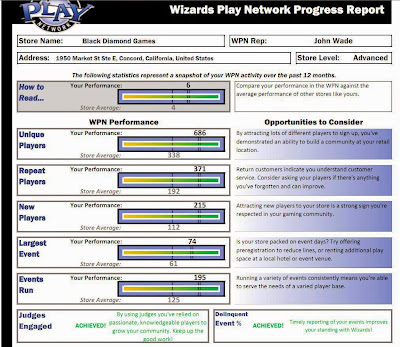 The biggest opportunity for hubs is running events. We received a report from Wizards of the Coast in May that exemplified this best. In every metric, we were exceeding advanced stores, except events run. It's not often you have an outside company give you a report of your great performance while showing exactly where you need to improve. Because I didn't embrace Hub and Spoke, I essentially built a very good spoke store when I should have had hub in mind by having regional event space. As they say, these are problems you want to have.

I've talked about our big expansion long before I should have, perhaps two years too early. We're now moving forward. We have a team of architects we've been working with since Summer. We have a general design along with initial approval from the city for our plans. We're at the point where I'm told there's not likely going to be a problem that can't be solved by the proper application of capital. I used to like hearing that. I'll post details in the future, but I can tell you 2014 is the year this will happen. Or won't ever in this location. Projects fail too and there are some really interesting alternatives to this. But I'm not expecting to fail. If this project succeeds, it will take Black Diamond Games well into the future and cement us as a hub. 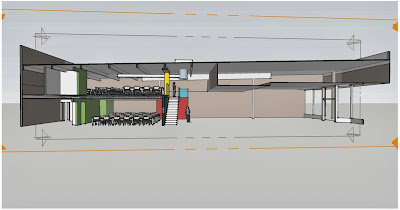