I wrote in a previous post about how moving to a bigger location usually means a worse location. Yet, building up, what we plan to do, is not really a valid option either. That's because of the high costs of construction compared to the shoestring nature of a hobby game store.

Hobby game stores tend to be low barrier to entry affairs, with many stores starting with thousands or even hundreds of dollars, often with owners going unpaid for years to launch it (a bad idea). One local store I heard about recently started with just $500. That's an extreme case, but it's not the first time I've heard that. Starting with $50,000 is fairly common, $100,000 at most, which is around where we began.

Why so little? There's no money there in most cases. A reasonable amount to invest should, I say should, correspond with a reasonable return on investment (ROI), of say, five years. When I started I had no idea what an ROI was. I wanted a "buy a job," essentially a lifestyle choice. Now I won't buy a candy bar without an ROI. Most store owners, like me, started with no concept of ROI.


These numbers are expert store numbers. A theoretical example of how a veteran store owner could hit the ground running, quickly dial in a store's sales, and come out with their projected ROI after five years with a turn rate that is painfully high, twice as high as recommended. It almost never happens. It requires an urban market to get gross sales this high, probably three times the game store average. It's as rare as the guy who succeeds with $500. I know two people who represent both extremes, BTW, and they're both notable outliers.  It's why you don't see entrepreneurs starting game stores. They're labors of love.

When we contemplate construction for expansion, we see numbers that don't correspond with a labor of love. We see real numbers, the numbers paid by everyone else. For example, architectural services for our project is in the tens of thousands of dollars. That's only perhaps a third of the cost, before you begin construction. Add in thousands of dollars for permit fees and tables and chairs, and your expansion project costs as much as starting another store. And we have an ROI understanding of that, no? So why are we building a second floor and not starting a new store?

This is my store, our store. I learned when we moved to a bigger location rather than a second store that I really don't want to manage multiple stores. I have nightmares about this, a sudden realization that I have this second or third store that I've neglected. Or perhaps one that's failing and another that's being dragged down by the failing one. Multiple stores takes everything fun about running a game store and makes it about managing managers who do the fun stuff.

When I calculated the ROI for the expansion, it didn't work. The return to make it worthwhile was not going to cover the investment, not all the way at least. This is a moving target, by the way, as we had to spend a bunch of money to even know what that construction cost would be, and we still aren't exactly sure, just somewhat sure. I spent $10,000 to understand whether we should even consider it. We got a loan for the mythical ROI number, the amount we would be willing to reasonably spend as an investment, if we could build it as such. But we can't. That's where the Kickstarter kicks in.

The Kickstarter builds from our ROI number by providing funding beyond our level of reason. The Kickstarter says we've gone as far as a business should reasonably go with this project and we need you, the community to push us the rest of the way. We need you to push us beyond the realm of business sanity and into the realm of amazing game center.  It should be quite the wonder, because no business would ever do this. It's not a hand out and there are services and products that go with most of our tiers. In fact, there are some pretty big expenses related to the Kickstarter, mostly in development work for unique game products. But wait a bit longer before we go into that.

The beauty of the Kickstarter is it kicks the ROI in the face. It does the impossible of allowing wonders beyond reason. 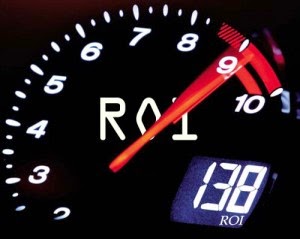