I've gone through three, about to be four lease negotiations and I've helped other people with this. I've been turned down for at least as many properties, if not more. When you're starting a game store, the lease seems like one of many items in your project plan, so it's natural that it doesn't get your full attention. You're busy with a business and marketing plan, inventory and fixture selection, insurances, and many more things. Choosing a site is critical though, it's the one and only irreversible mistake you can make. All the other mistakes can be fixed with more money or even selling your business, but a bad lease is terminal. Nobody can help you. 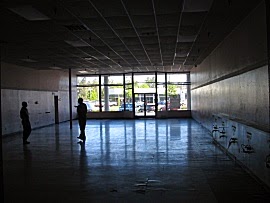 Finding a location is hard, but even harder is getting a landlord or property management company to give it to you. This is especially true with your first location, as you don't have a track record and you're considered high risk. If you can't get a prime spot, you could end up in one of the grubby, starter business locations in the bad part of town. The guys who rent retail spaces like apartments with one year leases, first and last months rent and a guarantee that no parent will leave their children with you.

I found after just one completed lease I was a shoe in for many locations. Landlords courted me. Site selection and lease negotiation are important, but I'm going to talk about what they're looking for. What does the landlord, and the city for that matter, want from you?

Money. They want to know you'll last your lease, which could be three to five years. Money means a couple things, but primarily you can dazzle them with cash on hand.

If you've raised $50,0000 or $100,0000 for your business, even if its a loan or money from family, leave it in the bank until you have your lease negotiated. Show it up front. Flash your cash. Consider a cover letter with that number in bold.

The landlord wants to see that. I recall doing an entire presentation for my business and the landlord said, "That's well and good, but do you have any money?" He never asked for forms from my newly opened business account with a six figure bank roll. Once that was disclosed, they were happy to separate me (the fool) from it (my money).

Experience. I've said it before, you need a lot of experience or a lot of money to survive your first couple years in business. If you've got retail experience, especially management, show that off. They want to know you have a chance of making it through your lease and that you won't be a pain in their butt during that period.

New commercial lease holders are likely to ask a lot of dumb questions or make requests not covered in their lease (like asking for anything, really). Who pays for the garbage? I used my neighbors garbage for two years before they yelled at me to stop. I didn't know. Who pays if someone breaks in through your front window (probably you, hopefully you have plate glass insurance). Experience says you'll be smooth sailing through this period.

If you don't have retail experience, show some business education, SCORE classes, or management in other areas. It can't hurt, but retail is its own animal. Most MBA graduates would be hard pressed to run a game store, especially with their own money. After completing the lease on my first business, my property agent confided in me that she talked to the property owner and they both concluded I would never make it through my lease, due to lack of experience (see Money above).

Tranquility. That pretty much sums up what they're looking for. Gaming means a lot of different things to different people. It might mean a card room, for example. Card rooms, legalized gambling, are horrible for communities, attract crime and desperate people and generate trouble. Gaming means gambling to most.

Gaming can also mean an arcade, especially if you have an older landlord. Arcades were often associated with selling drugs, juvenile delinquency, and hooliganism (again, if they're older). Imagine teenagers on bicycles littering the parking lot and painting graffiti on the wall. Damn vidya games.

With gaming comes consumption of alcohol, and if you've applied for your proper permits so you're zoned for "public assembly," they might see you as a social club which would include alcohol consumption. Our current building permit approval was very clear we were not going to sell alcohol on the premises.

What I recommend is you stress the community focused, family friendly nature of your business. If you're going to sell board games, make that a focus, even if it's 10% of your sales. People don't quite understand how you'll sell enough of them, but they know what they are. If you lead with Magic: The Gathering and Dungeons & Dragons, because that's where the money is, you'll alienate people and possibly bring up their prejudices. Focus on family games and educational value in your presentation.

That also leads to age and gender issues. Show that the demographics of the game trade are primarily men in their 20's, not teenagers. Stress that half the people that buy board games are women and that women make up the majority of family purchasing decisions, and you'll be creating a store catering to them.

Just about every game in a game store has an age range on it, and they all range from 6-14 years of age. They wouldn't be wrong in concluding that your customer base will comprise of a bunch of marauding 6-14 year olds, riding their bikes, graffitiing the parking lot and leaving Yugioh wrapper everywhere (that last one is probably true). Show that you're family friendly and you cater to intelligent adults with disposable income.

Finally. Understand your tables and charts, your ROI, your break even analysis, the difference between gross and net and net gross. Know your expenses like the back of your hand. Research the heck out of your expenses. Your sales projections are already made up, fairy tale numbers. Nail your expenses and you won't look foolish. I honestly had just a sliver of understanding of many of these things when I started, but that extra research ensured later success. Anyone looking at your plan will see that.

Edit:
One more thing. They're going to compare you to local game stores. If those stores are bad, you should distance yourself from them in advance. If there are good stores around, tell them how you plan to be a local version of that store. If there aren't any good stores around, include aspirational photos from stores across the country, showing the great things you hope to do in your location. 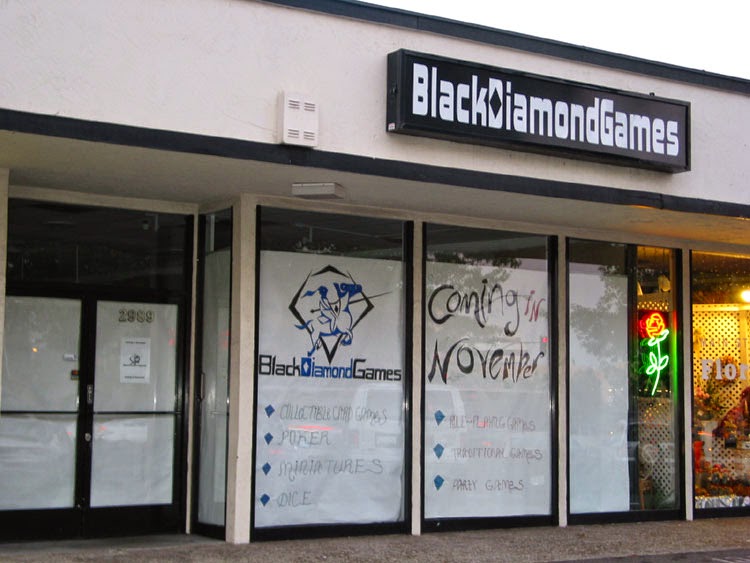