Deciding What to Buy

This post answers one of our Kickstarter backer requests. How to decide what games or game lines to bring in, what to pass on and what to discontinue. I'm going to focus on purchasing.

Deciding what to buy starts with the budget. My budget is the Open to Buy worksheet that I use daily to track how much I have available to spend. In reality, Open to Buy is an after action report, since most of my buying decisions happen long before I pull the trigger and the product arrives. Stuff that gets placed on a purchase order today was often ordered weeks or months ago.

Solicitations come in nearly daily from distributors for products that won't be available for 30-90 days. If I were to divide the total SKUs in my system by the number of days I've been in business, there would be eight SKUs added every day. And get this, purchasing is only around 10% of my job. How long do you think I spend analyzing those eight SKUs during my day? Doing some bistro math (minutes in the day, times ten percent, divided by eight SKUs), no more than eight minutes per SKU. Some dude just poured his entire creative existence into this new game. He's got eight minutes to impress me somehow. You can see how I might be a bit jaded after a while, contracting "widget fever."

How do I decide what to bring in?

Alliance lists over 430 manufacturers in their online catalog, but 75% of my sales comes from only 30 game companies. Solicitations from those companies are more along the lines of quantity, rather than deep research to determine if I want them. Magic alone accounts for about a quarter of our sales. Half of what we order tends to be of the "fire and forget" variety, items we bring in a single copy. sell, and never see again.

But how to get on my radar? There are a number of ways. A solicitation from a distributor puts it in front of me, lets me know a buyer stands behind it, and hopefully provides me enough information to make a decision. I probably pick up 20-30% of what I'm presented.

If the product is a board game, I'll be looking on boardgamegeek for reviews and checking to see if it's a Kickstarter project. If the reviews are good, and I mean really good, and the funding was high ($50,000+), I'll pre-order one. Just one. If you're one of my 30 top companies, that number can be much, much higher. I don't do deeper research than this, such as trolling forums and the like. I don't have time.

When it comes to roleplaying games, the level of hand selling in that area means I generally have a person or two in mind who will buy the book I'm bringing in. Of course, about 75% of sales in that department is D&D and Pathfinder, so that takes a lot of the work out of it. Anything FATE is also a no brainer. If I were more indie focused, I would need to do far more research (sales are pretty low for us in that category).

Kickstarter projects in the RPG department rarely meet my backer metrics, but I'll often waive that for a well known author, either by supporting their Kickstarter beforehand or stocking it after the release. Kickstarter RPG projects, in general, are not getting placement in the sales channel any longer. The board game market is far more profitable to the consolidators that once represented small RPG publishers to distributors. They're generally not accepting new RPG clients. This is a bit alarming and the flow of quality, indie RPGs in the distribution channels seems to have slowed quite a bit.

Miniature games are complete systems in need of large scale adoption and have very little chance of getting picked up without a vocal customer base. That has happened recently with Relic Knights and Wild West Exodus. If you want me to pick up a miniature line, my customers need to sell me on it. Even then, it's high risk and low reward, and as the flavor of the month recedes, we're left with a lot of unsold stock. They still play, but they have what they need. I think miniature games are inventory freeloaders that only exist in stores on the backs of more profitable departments. They rarely pull their own weight. I love them, but they're bums.

Collectible card games? Forget it. CCGs require communities and they don't develop overnight. There has been some success with anime games of late, but I'll generally get left holding the bag in the end. CCGs are the only product that will ever get tossed in the trash. Nobody wants a dead CCG. Nobody. Customers need to drive these requests, and I'm much happier taking a chance with a pre-order of a booster box or two of the game in question.

Where else do I learn about new games? Besides sales reps, I like to go to trade shows, when I get the chance. Shows are excellent sources of information, but costly to attend. The annual Gama Trade Show in Las Vegas is always worth the time and money for me, although I generally only go every other year. Various Games Day events from distributors are useful. Regional game conventions often generate buzz and I'll listen to customers as they return from these shows.

Social media is where I tend to focus, namely Facebook. I follow over 500 pages, many of them gaming and game community related. It works for me because I intensively use Facebook for marketing the store. Actually playing the game rarely happens. Noting buzz about games and a general fluctuation in the matrix, is what I'm looking for. That also means listening to other retailers through private groups and listening to customers in our local and regional gaming groups.

I listen. That's my biggest purchasing skill. Whether I like a game. Whether I play a game. Whether I've read the book, turns out to not be all that important. It helps. I can sell the heck out of the things I like, or the games I've played, but from a business perspective, it doesn't move the needle. My ability to sell things is not dependent on my ability to use the product. Eight SKUs a day, every day, for ten years. 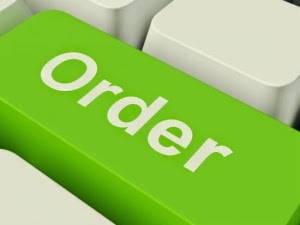