There is only one thing absolutely required for any organized play (OP) program, and that's available product. Friday Night Magic, which uses drafting (opening new packs) runs like a top, because there is always product from Wizards of the Coast. Sure, they have the best OP program in the industry, but the bare requirement of available product is never an issue. D&D and Pathfinder have core books always available, even 4th edition Player's Handbooks were in stock at most distributors up until recently. We run 14 events a week for games with ready stock (along with our red headed stepchild, Flames of War). Even Pokemon USA, the shadowy dark lord of hobby gaming, makes sure there's enough product in the pipeline for months after a release.

When product is not in stock, we have a problem. We cannot run events without product, and if the customers have product already, through whatever sources, the promotional element of events ceases to function. We're essentially running events for Amazon at that point. Getting an event on the calendar obviously requires customer interest, but I'll look at the likelihood of available stock and attempt to determine how much pain this event will cause.

Yugioh is an example of pain. Yugioh is a hot potato product, red hot out of the oven and handed off as quickly as possible. Distributors do not sit on Yugioh. It comes out, they sell it to us and it evaporates from their warehouse within a couple days, forever. Yugioh customers are right now driven and won't care about the new release six weeks in the future. As a retailer, I must buy all my Yugioh product up front, everything I want, until the end of time. When we canceled Yugioh events in December, we were sitting on $9,000 of inventory. That's at my cost.

To put the opportunity cost in perspective, a good store will do at least three turns a year. $9,000 buys me $18,000 of standard inventory at MSRP (a lot less if it's Yugioh; the worst margin in gaming). Three turns times $18K is $54,000. I gave up $54,000 a year in gross sales so I could run steady Yugioh tournaments with product rarely, if ever, out of stock. With the profits, that's a new car payment (around $400/month). Imagine how much money I had to be making to say, "No, that's alright, I don't want those keys. Close up the sunroof. I need product to run Yugioh." It was a lot of money.

You know who doesn't have that kind of pull? Every other game company except Wizards of the Coast. If WizKids or Fantasy Flight Games told me I had to stock model star ships 50 deep to run their events, I would be running the numbers, checking the mileage on my car, and politely declining. That's exactly how those two companies have always worked retailer stock. Forget your theoretical opportunity cost. If you don't want to be out of Arkham Horror, stock deeper. That these companies can't actually supply the demand even if we wanted to go deep, says they are not ready for organized play. They may have a great OP guy, but the production dynamics of these companies are not designed for retailer events. It's a shame too, because the demand is there. 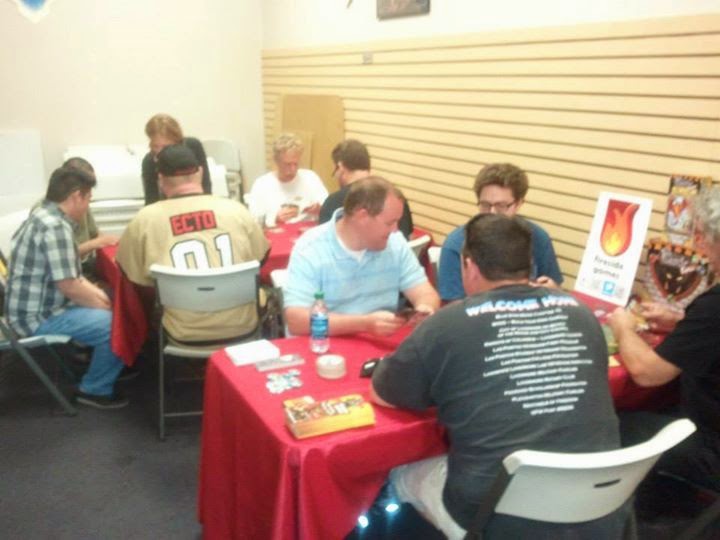